Will Empathy Save Your Career?

On January 10th 2017, Barack Obama’s farewell address as the 44th President of the United States concealed an uncomfortable message. Buried within the gratitude, history lessons and hymns of praise for democracy, was a warning. “The next wave of dislocation won’t come from overseas”, he announced, “but from the relentless pace of automation that makes many good, middle-class jobs obsolete”.
“Roughly 60% of American jobs are at risk of becoming obsolete.”

This may come as a surprise to some. However, this wasn’t the first time the ex-president had delivered this warning, summarising it neatly in a little-read economic report to Congress in February 2016[1]. It showed a 0.83 median probability of lowest-paid workers being replaced by machines, and 0.31, and 0.04 chances of the next two higher wage brackets. In other words, roughly 60% of American jobs are at risk of becoming obsolete. 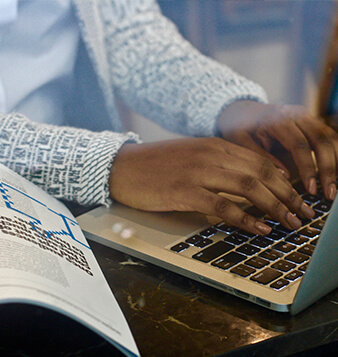 The speech stands in a long line of cautions that span sources such as an Oxford University report of 2013[2] that found 50% of jobs could be lost in the next two decades, and a McKinsey survey[3] two years later that suggested 45% of “work activities could be automated using already demonstrated technology.”

In 2016, a further McKinsey paper, “Where Machines Could Replace Humans – And Where They Can’t (Yet)”, looked at over 2,000 work activities across 800 different jobs and analysed which could be replaced, and which couldn’t. The areas in which machines couldn’t currently thrive is where management, decision making, strategic planning and personal interactions are required, whereas 78% of all predictable physical work could be automated today.

“Ever since the Industrial Revolution in the 18th century, there have been concerns of automation stealing jobs”

This isn’t a new phenomenon. Ever since the Industrial Revolution in the 18th century, there have been concerns of automation stealing jobs and leaving employees unfit for a new world of work. In 1961, Martin Luther King said, “New economic patterning through automation is dissolving the jobs of workers in some of the nation’s basic industries. This is to me a catastrophe. We are neither technologically advanced nor socially enlightened if we witness this disaster for tens of thousands without finding a solution.” Yet, in the UK today, more people are in employment and living standards are higher than ever before.

However, what is becoming known as the Fourth Industrial Revolution could be markedly different. Whilst previous economic and industrial revolutions have taken decades, even generations, to fulfil, the race to outwit artificial intelligence appears startlingly short. Automation promises to be faster and sharper.

“There is more processing power in a singing birthday card then there was on the Apollo moon lander.”

In 1965 Intel Corporation co-founder, Gordon Moore, predicted that computer processing power would double every two years. Now known as Moore’s Law, to cut a long story short, it’s why an iPhone today could out-process the 1997 supercomputer Deep Blue of Gary Kasparov fame, and why there is more processing power in a singing birthday card then there was on the Apollo moon lander.

Now the talk is about shifting the emphases of learning and upskilling in the race to out-smart robots. The focus is on empathy. The British philosopher, Bertrand Russell (widely considered a man before his time), observed, “There will still be things that machines cannot do. They will not produce great art or great literature or great philosophy; they will not be able to discover the secret springs of happiness in the human heart; they will know nothing of love and friendship”. Machine learning and artificial intelligence are currently no substitute for building day-to-day working relationships, looking at big picture macro-situations or having the ability to apply years of accumulated experience and expertise. 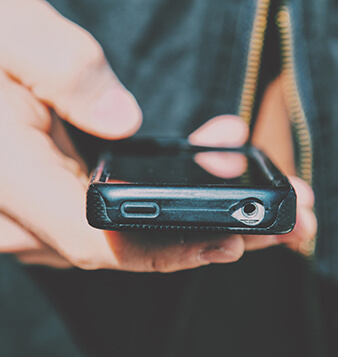 But not everyone can be a manager, strategist or expert. Writer Yuval Noah Harari, a favourite of Barack Obama, Bill Gates and Mark Zuckerberg, in his book Homo Deus, envisions a world where labour becomes redundant, supplanted by machines. This in turn leads to a ‘useless class’ of people with no effective role in the world.

Humans are extremely resourceful though, and we are smarter than that. In order to avoid developing an underclass, there needs to be a continuous reskilling of the workforce with attention paid to adult learning. Nevertheless, there seems to be a stigma attached to adult learning, and most education systems have been built around educating children and not adults.  The World Economic Forum’s white paper, Realizing Human Potential in the Fourth Industrial Revolution[4] suggests that 35% of core skills required by occupations will change or be wholly new by 2020. Governmental change will be too slow to deal with this, which means employers will need to take up the bulk of the retraining in-house.

This is what the market leaders are doing. In 2013 AT&T, the huge US telco, identified 100,000 of its 240,000 employees were in roles that would become superfluous by 2020. 50% of AT&T’s staff had training in the core STEM fields (Science, Technology, Engineering and Maths), but the requirement at the end of the decade would be for 95% of its staff to have that knowledge base. Their Workforce2020 re-education programme, which is focusing on those 100,000, is probably the most ambitious in US corporate history.

“When labour is no longer a cost factor, then transport and distribution will be decisive in determining location”

From re-skilling to relocation, the consumer brand Nike has taken a different approach to automation. Nike is making use of the rapid advances in technology, by investing in automation from 3-D printing to their Spinning Jenny for the 21st century, Nike Flyknit. For a company with over 500,000 people directly engaged in the manufacturing of their products worldwide, this makes a lot of sense. Automation then allows them to on-shore their manufacturing directly to the market. When labour is no longer a cost factor, then transport and distribution will be decisive in determining location, as well as providing a feel-good story in the decrease in product miles and the boost to local economies. This makes great headlines, particularly in the US where Trump has been keen to bring manufacturing home. But it’s not all positive, in on-shoring and automating Nike will only be creating a fraction of the numbers of jobs that it is stripping out of the developing world, creating an environment where only the creatives and management will be required. 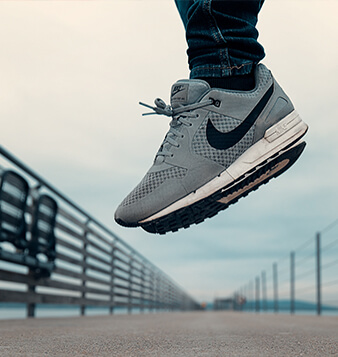 So, what is a good business and who will thrive and survive in the Fourth Industrial Revolution? A company that positions itself to maximise the returns from advancements in technology and replaces people with machines or one that re-skills its workforce to cope with the fast pace of technological change?

The answer is both. Which is why we see the challenges of automation as being an area to watch and understand which companies will make great investments in the long term.

[2] The Future of Employment: How Susceptible Are Jobs to Computerisation? – Carl Benedikt Frey and Michael A. Osborne 2013

The Future of Craftsmanship

Does Every Second Count?

“Londoners were prepared to wait seven minutes for a taxi in 2014, but only five minutes in 2015.”
Read More
SHARE THIS ARTICLE