Sleepwalking into a Silent Crisis

Why Michael Burry of "The Big Short" is Investing in Water

Played by Christian Bale in the movie adaptation of Michael Lewis’s The Big Short (2015), Michael Burry is famous for having called time on the subprime lending market years before anybody else – profiting hugely in the process. Yet, the film’s sting in the tail comes just before the credits, as a quote flicks up on the screen noting that nowadays:
“BURRY IS FOCUSSING ALL HIS TRADING ON ONE COMMODITY: WATER.”

“The Western world is slowly drinking itself dry.”
This may seem surprising. But the Western world is slowly drinking itself dry. Think of a cup of coffee. A delicious cup of Joe requires 140 litres of water to travel from bush to table. That’s nothing compared to beef though, which requires 15,415 litres per kg[1], about the same as a single T-bone steak. Or if you flip it around, it takes roughly the water from two Olympic swimming pools to produce the meat from just one (largish) cow. All this consumption, from our morning coffees and steak dinners to the showers we have, means that the average American alone uses 575 litres of water a day. 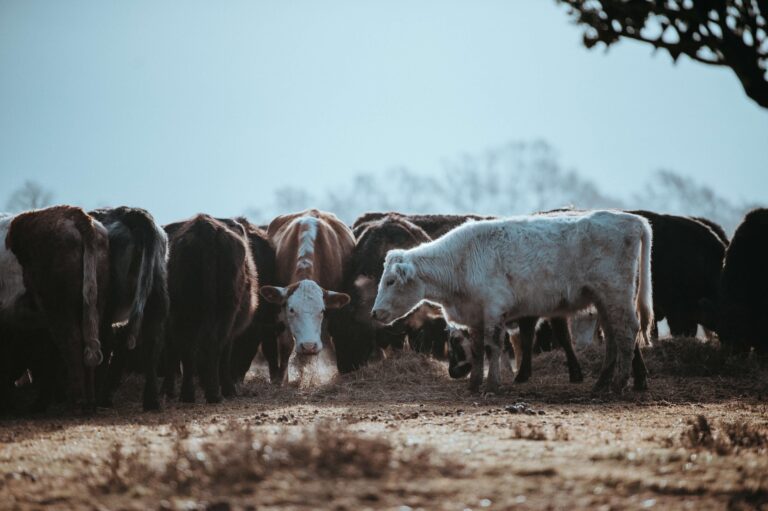 For a planet that’s 71% covered in water, the gap between clean, accessible freshwater (less than 1%) and all the other types, however, is stark. Agriculture and food take up 69% of the world’s water resources. And this is set to only grow, both as a response to population growth, as the world hits 9.7 billion in 2050[2], and the increased wealth of that population, whose rise out of poverty leads to a demand for more ‘luxury’ foods, such as meat.

This continually increasing need will draw on aquifers that have been in decline since 2003, especially in areas of the world where water scarcity is already an issue. NASA has discovered that 21 of 37 of the world’s aquifers are currently being depleted[3]. Other freshwater sources, although not being drained are rapidly becoming polluted beyond repair. The Chinese government, for instance, admits that roughly 80% of the country’s surface groundwater is not fit for drinking, 90% of groundwater in urban areas is contaminated, and that 40% of its rivers are too polluted to use for either agricultural or industrial use. Jacques Cousteau long ago pointed out that, “water and air, the two essential fluids on which all life depends, have become global garbage cans.”

A significant issue in the Western world comes in the form of an ageing infrastructure that is prone to springing leaks. In the US, 13.7% of daily household water usage is lost through leaks[4], while almost a quarter of the UK’s public supply goes the same way.

“By 2025, it is estimated that 66% of the world will live in water-stressed areas according to the World Resources Institute.”

By 2025, it is estimated that 66% of the world will live in water-stressed areas according to the World Resources Institute. We’re not just talking the usual headliners of California, North India (whose groundwater loss can be seen from space) or the Arabian Peninsula either, but a worldwide mismatch that will see a 40% gap between demand and supply emerge over the next 15 years[5]. Far from a modern phenomenon, even Dwight D. Eisenhower identified the importance of water, remarking “Among these treasures of our land is water, fast becoming our most valuable, most prized, most critical resource.” So where do the opportunities and solutions lie?

The first has to be supply – if there isn’t enough water on the planet to go around, how do we create more? Exploration will help uncover new aquifers and sources of water; efficient waste water treatment will help to recycle much of what we already use. The smart capital in the Middle East is chasing new purification technologies, such as graphene-desalination, a process that turns deserts into irrigated farmland.

If we can’t source more, we need to protect what we have already, so water efficiency is key. Technology can help us use less water to create the same crops/products – for instance, aeroponic indoor farming uses 90% less water than its outdoor sibling. Protection goes hand-in-hand with awareness. In order to be efficient, we need to be aware of how much we are using, so smart meters across the system help detect leaks and reduce demand. Upgrading existing infrastructural networks will ease water loss and improve delivery.

So, what exactly is Michael Burry investing in? He prefers water-rich farmland away from large governmental and infrastructural limitations. Burry has said in interview: 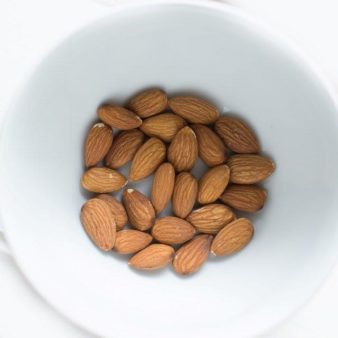 “What became clear to me is that food is the way to invest in water. That is, grow food in water-rich areas and transport it for sale in water-poor areas. This is the method for redistributing water that is least contentious, and ultimately it can be profitable, which will ensure that this redistribution is sustainable”[6].

Take the humble almond, for instance. Burry’s investing in a nut that uses five litres of water per seed, and whose popularity keeps rising. In California, where 80% of the world’s almonds are grown, they use 10% of the available agricultural water.  So growing almonds outside of drought-affected areas and shipping them back in makes logical and financial sense.

Across the board, companies are waking up to these new realities. Drinks brand Diageo cut its water usage by almost 1 million cubic metres between 2013-14; whilst Lafarge, a cement-maker, carries out risk assessments of its river basins in the areas it operates. The brewer, SABMiller has reduced its water “footprint” by over 20%; and Levi-Strauss, known for its jeans, is now using 96% less water than just a few years ago.

As well they might. Research by Trucost[7] suggests that more than half of the profits of the world’s biggest companies would be at risk if water was priced to reflect its true value. Which could be why Microsoft is experimenting with putting its data centres beneath the ocean (to cool naturally) and an increasing number of companies are signing up to CDP (Carbon Disclosure Project), an investor-led data transparency organisation on the environment.

However, it’s hard to shake the feeling that it’s not all too little, too late. All the variables point to water prices taking a hike over the next few decades, something pointed out by one of the United States’ founding fathers Benjamin Franklin, “When the well is dry, we know the worth of water.” Which is why the World Health Organisation has estimated that the economic return of every $1 invested in water and sanitation is $4.30[8].

Not a rate to be sniffed at by anybody – not even Michael Burry. Which is why investing in water is something to be seriously considered, with a long-term view to the future in mind.

This article is designed to throw an everyday lens on some of the issues being discussed and debated by investors across the world; it is not research, so please do not interpret it as a recommendation for your personal investments.

If something has piqued your interest and you are new to Killik and would like to find out more or discuss what investments might be suitable for you, please  enquire below.

We think long term, we are not traders or short-term thinkers.
Read More
SHARE THIS ARTICLE