Why Gene Editing Will Revolutionise Healthcare

The idea of gene editing, or genome editing, sounds futuristic, perhaps even vaguely threatening—the step too far that could usher us into a dystopia.

“Genome editing is a way of making specific changes to the DNA of a cell or organism,” according to Yourgenome.org, a website dedicated DNA, genes and genomes [1]. “An enzyme cuts the DNA at a specific sequence, and when this is repaired by the cell a change or ‘edit’ is made to the sequence.” 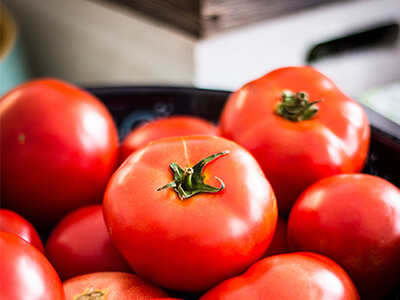 In 2013, scientists used CRISPR to edit living human cells for the first time[3]. Then, in 2016, a team led by oncologist Lu You from Sichuan University in Chengdu, China, inserted cells modified using CRISPR into a patient suffering from aggressive lung cancer, in order to ascertain whether the technique was safe to use on human beings [4]. It was the first time CRISPR had been used on a human being.
“Crispr systems are the fastest, easiest, and cheapest methods scientists have ever had to manipulate the code of life in any organism on Earth, humans included.”
According to Goldman Sachs analyst Salveen Richter, the National Natural Science Foundation of China provided funding for more than 90 CRISPR projects in 2017, and there are now nine registered clinical studies using CRISPR-edited cells to treat cancers and HIV in China. [5].

“Crispr systems are the fastest, easiest, and cheapest methods scientists have ever had to manipulate the code of life in any organism on Earth, humans included,” writes Megan Molteni for Wired. [6].

China is a pioneer in the field of gene editing, but the US and Europe are hot on its heels. In 2015, scientists from Columbia University Medical Center (CUMC) and the University of Iowa used CRISPR to repair a genetic mutation responsible for retinitis pigmentosa (RP), an inherited condition that can cause blindness. [7]. 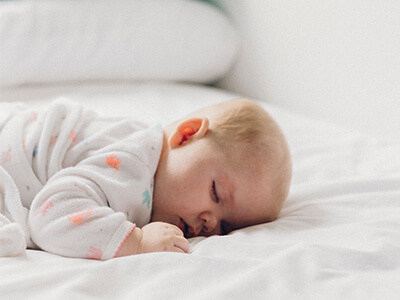 Last year, CRISPR was used in two landmark procedures in the US. Scientists at the Oregon Health & Science University’s Center for Embryonic Cell and Gene Therapy used CRISPR to cut out the defective MYBPC3 gene, the cause of hypertrophic cardiomyopathy (HCM), an incurable heart disease that affects one out of every 500 people, from a human embryo. It was the first time CRISPR had been used to edit the genes of a human embryo [9]. Then Brian Madeux, a 44-year-old who has suffered from Hunter Syndrom since birth, became the first human to have a gene-editing tool called zinc finger nucleases fed into his blood stream to edit his genes inside his body [10]. The first clinical trials of CRISPR in the US are set to start at the University of Pennsylvania later this year [11].

This year, following approval from regulators, CRISPR Therapeutics will treat patients in Europe with CRISPR for the first time. It will be used to treat patients with beta thalassaemia, a blood disorder that reduces the production of haemoglobin, the protein red blood cells use to carry oxygen around the body [12].
“The invention of CRISPR-Cas9 gene editing tools is one of the greatest scientific revolutions of this generation.”
According to Samantha Kulkarni, CEO of CRISPR Therapeutics, the company also plans to request approval from the US Food and Drug Administration to begin a CRISPR trial for sickle-cell disease [13].Researchers at Stanford University School of Medicine plan to begin a separate CRISPR trial for sickle disease in late 2018 or early 2019 [14].

So called “designer babies,” [15]. and the misuse of gene editing by transhumanists and others, [16]. are just two of the ethical issues that must be addressed. But the possible benefits of gene editing are so great that its progress is unlikely to be halted.

“The invention of CRISPR-Cas9 gene editing tools is one of the greatest scientific revolutions of this generation,” writes Forbes contributor Reenita Das [17].
For Intellia Therapeutics’ Nessan Bermingham, CRISPR has the potential to drive personalised medicine and a revolution in healthcare. “One can envision a time in the not-too-distant future when a patient presents with a genetic disease. Her genome is sequenced, and a genome-editing drug is custom made, targeting her specific mutation. The patient is subsequently treated and potentially cured, in a cost-effective manner. The CRISPR/Cas9 technology has the potential to drive a medical revolution in the near future,” he told McKinsey [18].
This story is designed to throw an everyday lens on some of the issues being discussed and debated by investors across the world; it is not research, so please do not interpret it as a recommendation for your personal investments. However, if something has piqued your interest and you would like to find out more or discuss what investments might be suitable for you, please contact one of our Investment Managers on 020 7337 0777.