“Success in creating effective AI could be the biggest event in the history of our civilization. Or the worst. We just don’t know”[1]. Those are the words of the late, great British theoretical physicist, Stephen Hawking—a man who was worth listening to. Hawking’s cautious attitude to AI is shared by tech superstar Elon Musk, the money and the mind behind SpaceX, Tesla, Inc. and Neuralink. Since 2014, Musk has been warning that AI is “our biggest existential threat”, and calling for regulatory oversight on a national and international level[2]. In 2015, he co-founded OpenAI, a not-for-profit company dedicated to forging a path to safe AI.

“Whether we like it or not, AI, or MI (machine intelligence), is here, it’s on the rise and there’s no stopping its evolution.”

Apple co-founder Steve Wozniak has also expressed concerns about AI[3]. Then there is the philosopher Nick Bostrom, whose best-selling 2014 book Superintelligence: Paths, Dangers, Strategies and his work as director of Oxford University’s Future of Humanity Institute deals with the “existential risk” of AI and the “AI control problem”, i.e. how we stop a “superintelligence” from replacing humans at the top of the planet’s hierarchy.

The impact the rise of AI will have on the world of work—will it be a case of freeing humans from menial tasks or stealing our livelihoods?—has been widely debated. But whether we like it or not, AI, or MI (machine intelligence), is here, it’s on the rise and there’s no stopping its evolution, even if we wanted to. 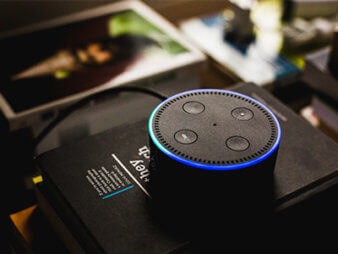 Demis Hassabis, the British tech whizz and co-founder and CEO of AI research company DeepMind, which aims “to maximise the potential and transformative impact of AI”, is perhaps the leading pro-AI voice. Hassabis is, according to Vanity Fair journalist Maureen Dowd, “regarded as the Merlin who will likely help conjure our AI children”[4]. But there are other prominent tech voices who are also positive about the potential of AI. “AI can be our friend,” says Microsoft founder Bill Gates[5].

You might not be aware of it, because there aren’t robots walking down the street (yet), but AI is everywhere. It is in the virtual assistant you use to find the nearest Chinese restaurant, such as Amazon’s Alexa, Apple’s Siri and Microsoft’s Cortana. It is in Google’s search engine. Facebook uses it to target advertising, tag photographs and curate your newsfeed. Netflix’s recommendation system uses it. It is behind Amazon’s product recommendations. In fact, according to Wired[6], Amazon’s CEO Jeff Bezos set out to become an “AI powerhouse” back in 2005.

It’s not just tech corporations that are being transformed by AI, either. It is fuelling innovation in a number of fields.

“The NHS entrusted Babylon Health with the creation of its GP at Hand app.”

British start-up Babylon Health, a subscription app that offers an AI-powered symptom checker, Ask Babylon, capable of understanding how humans express their symptoms, is leading the way in the healthcare sector. It uses its knowledge, as well as patients’ medical histories and current symptoms, to diagnose possible medical conditions and suggest common treatments. It also offers virtual consultations with medical professionals and a range of other services. The NHS entrusted Babylon Health with the creation of its GP at Hand app and DeepMind’s Demis Hassabis is an investor, so it seems likely AI is going to play a prominent role in the future of healthcare.

“Century is a cloud-based platform that uses AI and insights derived from big data and cognitive neuroscience to provide a bespoke learning experience for students.”

In education, Century is a cloud-based platform that uses AI and insights derived from big data and cognitive neuroscience to provide a bespoke learning experience for students by analysing how pupils of similar mindsets overcame particular problems and adapting teaching methods accordingly. It also saves teachers time with automated marking and delivers easily accessible data on each of their students.

When it comes to luxury travel, concierge service John Paul uses AI to predict customer preferences for its high-profile clients across the banking, luxury, automotive, travel, tech and hospitality industries. 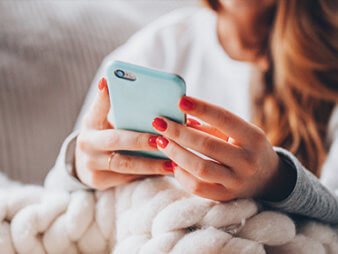 Earlier this year, Google signalled its intention to compete in the smart home market against Amazon and Apple, bringing smart home appliance maker Nest—which had been operating as a subsidiary of parent company Alphabet Inc. for several years—back under its control. “All of Google’s investments in machine learning and AI, can very clearly benefit Nest products,” Rick Osterloh, Senior Vice President of Hardware for Google told CNET[7]. “It just makes sense to be developing them together”.

It’s not just tech corporations that are being transformed by AI, either. It is fuelling innovation in a number of fields.

“The best policy for the British, who will be in a challenging situation after Brexit, is to trade with the Americans on their terms.”

Even Elon Musk’s Tesla uses AI in its electric vehicles. Late last year, Musk announced his company was developing its own AI hardware chips for its Autopilot system[10]. Despite the death of a Tesla driver using Autopilot in 2016 [11], the technology will be an integral component in the company’s first fully autonomous car, which Musk has promised to deliver by the end of this year[12].

“All these technologies are neutral in themselves, but it depends on how we use them,” DeepMind’s Demis Hassabis told the Financial Times in 2015[13]. Whatever the end result, AI is already transforming the world—and it will continue to do so.

This story is designed to throw an everyday lens on some of the issues being discussed and debated by investors across the world; it is not research, so please do not interpret it as a recommendation for your personal investments. However, if something has piqued your interest and you would like to find out more, please contact one of our Investment Managers on 020 7337 0777.