Who Wins the Financial World Cup?

The 2018 FIFA World Cup is set to be the most expensive in history. In April, a Russian government report stated the total cost of preparations for the 2018 FIFA World Cup was US$11 billion [1], a figure that didn’t include infrastructure projects and stadiums that would have gone ahead regardless. More recent reports suggest the total spend is closer to US$14 billion [2], which would far exceed the US$11.63 billion cost of the 2014 FIFA World Cup in Brazil [3].

“A Russian government report released in April predicted the tournament would provide a total US$31 billion boost to the Russian economy.”

Whether the price tag is US$11 billion or US$14 billion, it is a staggering sum. But, of course, Russia can expect a return on its significant investment. The same Russian government report released in April predicted the tournament would provide a total US$31 billion boost to the Russian economy over the decade from 2013 to 2023. “The tournament has already boosted the economic development of the host regions and will continue to have a positive long-term economic impact,” stated Deputy Prime Minister Arkady Dvorkovich. The report attributed the projected impact to growth in tourism and the short- and long-term effects of large-scale spending on infrastructure.

Unsurprisingly, the figures are disputed. In May, analysts for Moody’s Investors Service produced a report suggesting that the economic benefit of hosting the World Cup would be nowhere near as great as the government expected. “We see very limited economic impact at the national level given the limited duration of the World Cup and the very large size of the country’s economy,” it stated [4]. 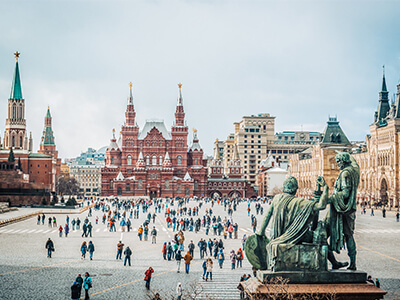 It was a similar story in 2014. In the run up to the 2014 FIFA World Cup, Brazil’s Minister of Tourism, Vinícius Lages, was upbeat about the economic impact of hosting the tournament, predicting tourism alone would bring in US$13.6 billion in 2014, and referring to the tournament as a “catalyst for Brazilian development” [5]. “It was a key factor behind Brazil finally overhauling its infrastructure,” he said.

Moody’s Investors Service was not so positive. “The Brazilian economy is very large so, because the duration of the World Cup is limited and also the investment is limited to certain cities and or states, the impact is not that large,” said analyst Barbara Mattos [6].

For Wolfgang Maennig, an economics professor at Hamburg University in Germany and an Olympic rower, World Cups never live up to the economic hype. “There have been many investigations into the benefits derived from World Cups and Olympics, mostly showing that any benefit is just temporary,” he told AFP in 2014. “For Germany [in 2006] there were high hopes but in the end people said, ‘Great event, great fun, but did we gain financially? No.’”

If the 2026 FIFA World Cup is held in North America, Canada and Mexico, FIFA would make £8 billion profit, according to the organisers.”

The impact on the economies of the World Cup host nations might be disputed, but one thing is certain—FIFA made a killing at the 2014 FIFA World Cup. The competition generated US$2.6 billion profit for FIFA [7] from the sale of TV rights, sponsorship and ticket sales.

FIFA is expected to generate US$6.1 billion revenue from the 2018 FIFA World Cup in Russia, 10% more than it forecast, according to The New York Times [8].

If the 2026 FIFA World Cup is held in North America, Canada and Mexico, FIFA would make £8 billion profit, according to the organisers [9].

“FIFA is expected to generate US$6.1 billion revenue from the 2018 FIFA World Cup in Russia.”

The New York Times reports that FIFA’s sponsorship deals for the 2018 FIFA World Cup in Russia generated US$200 million more than the US$1.45 billion it had projected, “largely because of a slew of deals with Chinese companies”. For brands that can afford it, deciding to sponsor the World Cup is a no-brainer. The 2014 FIFA World Cup in Brazil reached a global in-home television audience of 3.2 billion; more than one billion switched on their screens to watch the final [10]. The FIFA World Cup is the biggest single-event sporting competition in the world. 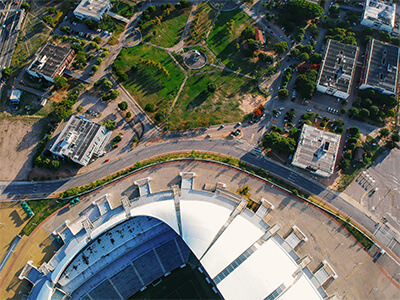 Even when FIFA was mired in scandal in 2015, Andrew Woodward, former global head of brand and sponsorship communication for top-tier FIFA partner Visa Inc., argued that sponsors would be mad to dump FIFA. “The general rule of thumb is that well executed sponsorship returns a 20 per cent better result than conventional marketing. Why would you want to give this up?” he wrote in a blog for Mumbrella [11].

The relationship is mutually beneficial, but it is much harder to calculate the benefit to sponsors in financial terms than it is to tot up FIFA’s profit.

How China is Rebuilding the World