What is the Case for Offshore Wind?

Last year Europe installed 3.15GW of offshore wind power capacity, up 25% from 2016. Giles Dickson, CEO of WindEurope, rightly labelled the record-breaking increase as “pretty spectacular”. [1] Even more impressive is that the UK was responsible for installing 53% of that capacity.

Despite its backing for nuclear power and the controversial Hinkley Point C nuclear power plant in Somerset, the UK government seems convinced of the potential of offshore wind power to play a prominent role in meeting the country’s future energy needs. 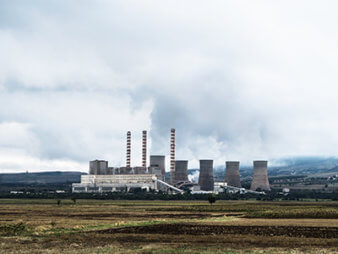 In September last year, the Department for Business, Energy & Industrial Strategy held a Contract for Difference (CFD) auction, awarding subsidy contracts to three offshore wind projects [2]. The price of electricity guaranteed to offshore wind projects in the auction was £57.50 per megawatt hour (Mwh), a 50% drop from the average £117.14/Mwh the government awarded offshore wind projects at the previous CFD auction in 2015. But the big news is this “strike price”, which is guaranteed for 15 years and rises with inflation, is significantly lower than the £92.50/Mwh guaranteed to EDF Energy, the company behind Hinkley Point C.

“The offshore wind sector alone will invest £17.5bn in the UK up to 2021 and thousands of new jobs in British businesses will be created by the projects announced today,” said Richard Harrington, Minister for Energy and Industry.

“In the UK, tendering has cut the cost of offshore wind by more than half in just three years.”

In July, Claire Perry, Minister of State for Energy and Clean Growth, announced the government would hold clean energy auctions every two years from 2019, representing a commitment of up to £557 million to the industry [3].

Sam Arie, a research analyst from UBS writing for the Financial Times, believes the auction model is driving innovation and efficiency, and not just in the UK [4]. “In the UK, tendering has cut the cost of offshore wind by more than half in just three years.” he wrote earlier this month. “In Germany it has helped to shrink the premium for renewable energy by roughly half since 2015.”

It’s not just the UK government that is backing offshore wind. Writing for The Guardian last year, John Sauven, Director of Greenpeace, argued we were “on the cusp of a quiet revolution” [5]. Sauven highlighted the “genuinely revolutionary” story of Danish energy company Ørsted (then known as Dong Energy). 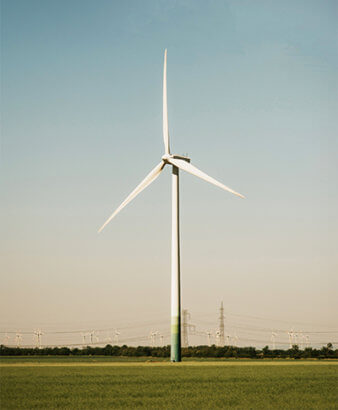 Dong stood for Danish Oil and Natural Gas. In less than a decade Dong Energy transformed itself from a “black” energy company to a green energy company, renaming itself Ørsted after Danish scientist Hans Christian Ørsted. It has divested its oil and gas interests, reduced its use of coal by 73% and more than halved its CO2 emissions, and by 2023 will be close to carbon neutral—completely coal-free and boasting a reduction in CO2 emissions of 96%.

Ørsted is the global market leader in offshore wind with 25% market share and wind farms in Europe, the US and Asia. It has invested £6 billion in the development of offshore wind in the UK, making the UK its biggest market.

Ørsted promises to be “at the heart of the energy transition in the UK”. In response to Claire Perry’s announcement earlier this year, Ben Sykes, UK Country Manager for Ørsted and Industry Chair of the Offshore Wind Industry Council, said, “our sector has proposed a transformative ambition to deliver at least 30 GW by 2030, enough to meet more than a third of the country’s electricity needs, which in turn could increase exports five-fold, create thousands of skilled jobs and reduce electricity system costs.” [6]  Earlier this month, Ørsted acquired US-based onshore wind developer Lincoln Clean Energy for $580 million, its biggest investment in onshore wind [7].

“Renewable energy sources accounted for 29% of electricity generation compared to 21% for nuclear.”

Offshore wind is cheaper and safer than nuclear, and according to figures published earlier this year by the Department for Business, Energy and Industrial Strategy, more electricity was produced by wind and solar sources in 2017 than nuclear power stations [8].  Renewable energy sources accounted for 29% of electricity generation compared to 21% for nuclear. Output from renewable sources was almost 10 times higher than coal.

Greenpeace UK campaigner Nina Schrank told The Independent that the plunging price of renewables was allowing low carbon energy to replace coal and gas. “These fast-moving trends will continue into the next decade as a new generation of offshore wind turbines come online and demonstrate the technology’s ability to provide the bulk of UK demand,” she said.

In his Financial Times op-ed, Sam Arie stated “the utilities sector is at the sharp end of a transition”, predicting that the continued rise of the renewable energy sector was likely to lead to a fundamental reshaping of the industry, with a small number of large companies competing for market share. “If so, we may see a new class of company—let’s call them the ‘wind and solar majors’—with portfolios that span the globe and could be 10 -20 times larger than today.”

If Arie is correct, Ørsted is well placed to become the first of these major players.

This story is designed to throw an everyday lens on some of the issues being discussed and debated by investors across the world; it is not research, so please do not interpret it as a recommendation for your personal investments. However, if something has piqued your interest and you would like to find out more, please contact one of our Investment Managers on 020 7337 0777.

Why Michael Burry is Investing in Water