When it comes to film and TV streaming services, Netflix is king. Launched in 1997 as a DVD-by-mail service, Netflix started streaming films and TV in 2007, a move “meant to give the company a toehold in the embryonic world of Internet movie distribution”, according to The New York Times[1]

Netflix has since grown into a goliath. In 2016, market research company Research and Markets released a report, Video Streaming Market – Global Forecast to 2021, that predicted the video streaming market would grow from US$30 billion in 2016 to US$70 billion in 2021[2]. According to Statista, the number of subscription video-on-demand viewers worldwide is expected to be 410 million in 2022; the figure was 206 million in 2016[3]. In 2017, The Guardian reported that film and TV streaming and downloads in the UK had overtaken DVD sales for the first time[4]. 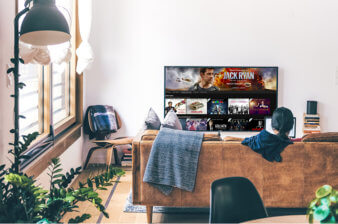 Netflix, with 148.8 million users worldwide [5], bestrides the market. But there are plenty of pretenders to the throne, and recent reports suggest Netflix should be preparing itself for a major battle for the crown.

Netflix’s main competitor is Amazon Prime Video.  According to IHS Markit, Amazon had 44 million subscribers in 2017, with a current figure of 101 million subscribers as of the first quarter of 2019 [6]. “Amazon nipping at Netflix’s heels,” is how IHS Markit puts it, and based on these figures, Amazon is nothing more than a minor irritant. But the true picture is more complex.

“Amazon is making big strides to invest in content but it is still not close to the extent of the Netflix originals slate.”

In the US (2018), Amazon has 26 million subscribers, fewer than half of Netflix’s 54 million subscribers[7], but in Germany, Indian and Japan more users are watching Amazon than Netflix[8], and according to The Guardian, Amazon Prime Video was the fastest growing video-on-demand service in the UK last year[9]. “Amazon has been struggling to close the gap with Netflix in the UK,” Research Director for Ampere Analysis, Richard Broughton, told The Guardian. “Amazon is making big strides to invest in content but it is still not close to the extent of the Netflix originals slate and it doesn’t yet have the same brand perception for TV as Netflix does. If Amazon continue to invest at the rate they are – things like Lord of the Rings and sports rights – bundling it with the general attractiveness of Amazon Prime, there is a good chance they could catch up in the future.”

“Amazon secured the rights to stream 20 Premier League football matches in the UK for three years.”

In June, Amazon secured the rights to stream 20 Premier League football matches in the UK for three years[10]. Amazon Prime subscribers will have access to the coverage for no extra cost. Football fans will also need subscriptions to BT Sports and Sky Sports in order to access all the Premier League matches available on TV next year, but the 20 matches Amazon has secured include all the popular Boxing Day fixtures. “Given the December timing, it’s easy to imagine Amazon making a big push for Prime subscriptions around the busy shopping season in the UK,” writes Tom Warren for The Verge. 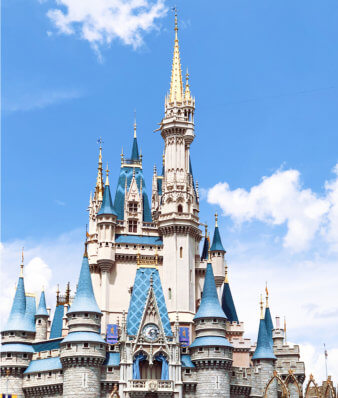 Facebook has also agreed a broadcast deal with the Premier League[11]. Facebook forked out a reported £200 million for the right to broadcast live all 380 Premier League matches in Cambodia, Laos, Thailand and Vietnam from next year until 2022. The entry of the social media giant into the market is sure to have spooked both Netflix and Amazon.

Sky’s Now TV streaming service is already competing with Netflix and Amazon in the UK, and Rupert Murdoch’s company could soon become a major threat. Earlier this year the broadcaster announced its intention to offer all of its channels online, negating the need for a cumbersome and unsightly satellite dish[12]. Sky is launching a smart stick for Now TV that will work in the same way as Amazon’s Fire TV stick, plugging into the back of a smart TV, as well as a download service.

Amazon, Facebook and Sky all challenge the supremacy of Netflix, but the real threat to its dominance is Disney. Late last year, Disney pulled all its movies from Netflix and announced its intention to start its own rival streaming service in 2019[13]. The service will launch in the US before going global. The news resulted in a fall in the value of Netflix stock amid fears other content owners would follow Disney’s lead[14]. In April, Disney-owned sports media conglomerate ESPN Inc. launches ESPN+, a new video-streaming product accessible via the ESPN app[15].

Bishop admits this might sound like hyperbole, but he makes a convincing argument. Disney has what he describes as “the most important franchises in the world”: Marvel, Star Wars, Pirates of the Caribbean, Toy Story (and all the other Pixar films), to name just a few. “Audiences primarily care about shows and convenience, not network or service names. Faced with multiple streaming options, they’ll naturally gravitate toward whatever service has the most programming they want to watch,” he writes.

Watch out Netflix, Disney is coming for you.

Although Netflix may currently wear the Crown, there are a number of pretenders to the throne, such as Disney, who are set to launch their own subscription video-on-demand service in 2019.

So Netflix or Disney, where should you invest?
READ MORE

Did Spotify Break the Music Industry?

In 1999 Global music sales were US$14.6 billion. In 2009 sales were less than half that at US$6.3 billion. In just 10 years, the once mighty music industry, ravaged by illegal downloading from the likes of Sean Parker’s peer-to-peer file sharing site Napster and LimeWire, was on its knees.

With Spotify bringing their subscription streaming service to the table, did they manage to break the industry?
READ MORE