The Potential Perils of Crowdfunding

Crowdfunding is the dream solution for start-ups looking for finance. Join a crowdfunding platform such as Kickstarter or GoFundMe, create a sales pitch for your project, appeal for benevolent backers to offer a small amount in return for the promise of a reward when your project is realised and watch the cash roll in. This form of “donation-based crowdfunding” is the whip-round of the business world—and most of the time there’s nothing wrong with it.

But, dip your toe further into the murky waters of crowdfunding, and you will discover “equity crowdfunding”, a serious investment promising investors monetary returns. 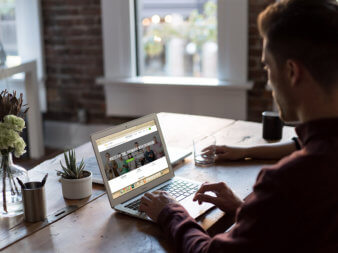 Equity crowdfunding has grown by almost 300% in the last two years, according to The Independent[1]. Crowdcube and Seedrs, two of the United Kingdom’s most popular equity crowdfunding sites, both enjoyed record breaking years in 2017.
More than £300 million has been invested by more than 390,000 investors through Crowdcube since its launch in 2011[2]. “£130 million was invested into pitches on the Crowdcube platform over the year—the highest ever on any UK platform—while 120,000 investments were made, a 48% increase and a new record for us,” Crowdfund declared in January[3].
When Seedrs was launched in 2012, The Guardian named it one of “East London’s 20 hottest tech start-ups”[4]. In a year that saw Seedrs win Best Crowdfunding Platform at Shares magazine’s Shares Awards 2017[5], £125 million was invested into its campaigns, a 130% increase from 2016[6]. More than £300 million has been invested into its campaigns since its launch, with more than 590 deals funded.

“Equity crowdfunding has transformed equity investment in the UK.”

Julia Groves, co-founder of the UK Crowdfunding Association, said some crowdfunding platforms were not up front about their fees, adding that the lack of transparency can “make it really challenging for investors to assess that risk”.
“Equity crowdfunding may appear to offer exciting returns, but it comes with major risks,” said Harry Rose, Editor of Which? Money. “If these aren’t spelt out, investors will be vulnerable to unexpected losses, or being unable to withdraw their cash.”
There are a number of other examples of crowdfunding campaigns that went sour. In June, Wired reported that FormFormForm Ltd, who had raised more than £1.5 million through Crowdcube for its Sugru mouldable glue, had sold out to German adhesives specialist Tesa for £7.6 million[11]. The valuation it had used to originally hook investors on Crowdcube was £33 million.
Even donation-based sites such as Kickstarter and Indiegogo have had their share of problems. In May, tech start-up Ossic, which had raised US$3.2 million through the two sites to manufacture a pair of high-end headphones, announced it was shutting down and investors would not be refunded[12].
“Understanding the potential risks of direct investment is hard to clearly outline in what is often just a few pages of information.”
In an ironic twist to this tale of the potential dangers of crowdfunding, having lost US$6 million on a crowdfunded project that never materialised, award-winning Australian documentary filmmaker Jason van Genderen raised more than AU$25 million through Kickstarter to produce Kickstaller, a film with the tagline “Lifting the lid on crowdfunding fails”. The film, now titled Lost in the Crowd, is scheduled for release in August.
The problem with equity crowdfunding in particular, is that understanding the potential risks of direct investment is hard to clearly outline in what is often just a few pages of information. Depending on who you listen to, the percentage of venture backed startups that fail is anywhere between 75% and 96%. This is not a recent realisation. In 2015 the Financial Conduct Authority (FCA) announced a crackdown on equity crowdfunding, declaring that crowd funders were giving a “misleading or unrealistically optimistic impression of the investment”[13].
Equity crowdfunding can be fertile ground for those looking to invest in the start-up sector, and there is no doubt that the opportunities and access it provides both budding, and seasoned entrepreneurs with, can only be a good a thing. There is however one vital lesson to be learned: there is no substitute for good professional advice.
This story is designed to throw an everyday lens on some of the issues being discussed and debated by investors across the world; it is not research, so please do not interpret it as a recommendation for your personal investments. However, if something has piqued your interest and you would like to find out more or discuss what investments might be suitable for you, please contact one of our Investment Managers on 020 7337 0777.

How 5G Will Revolutionise Our Lives