Is a New Gold Rush on the Horizon?

“The news that there was an abundance of gold brought some 300,000 fortune-seekers to the west coast, transforming the California region from a thinly populated former Mexican territory to a fully-fledged American state.”

The California Gold Rush of the late 19th century caught the popular imagination of the time. The news that there was an abundance of gold brought some 300,000 fortune-seekers to the west coast, transforming the California region from a thinly populated former Mexican territory to a fully-fledged American state. Agriculture and ranching expanded to meet the needs of the state’s new inhabitants, and San Francisco’s population exploded, growing in just six years from a settlement of 200 residents to a city of 36,000.

There is nothing new about a dash for precious metals. Historians of classical antiquity, for instance, described similar occurrences in the Roman Empire. And still the trend continues. The only thing that’s changed, it seems, are the metals we deem to be precious. 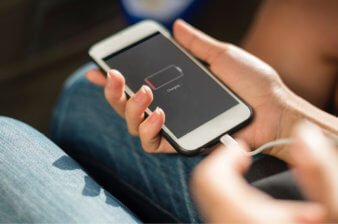 Already in the modern era, the mobile phone has become an essential item. Our devices have become extensions of ourselves, helping us to organise our lives, to connect us with others, and to answer any question with a few taps on a screen. In the realm of transportation, electric vehicles look set to become the norm. Governments are pledging to ban the sale of petrol and diesel cars in a matter of years, and greater individual consideration for the environment may hasten their departure. What unites these expensive consumables and features of modern life is their heavy reliance on a handful of metals and minerals, including lithium, cobalt, copper and coltan.

RobecoSAM, an industry leader in sustainability research and investments, has gone so far as to say that the mass production of lithium-ion batteries remains the “ultimate path to achieving higher penetration of electric vehicles [1].” Franco Gonzalez, a technology analyst at consultancy IDTechEX, wrote in a report that “demand for electric vehicles is forecast to increase significantly … this will raise copper demand from 185,000 tonnes in 2017 to 1.74 million tonnes in 2027 [2].”

“Argentina has designs on becoming a lithium ‘superpower’ providing just under half (45 per cent) of the world’s lithium from the nation’s high-altitude salt flats.”

Is a new gold rush on the horizon? The Cornish tin mines where lithium was once past over are expected to come to power in the next generation of electric vehicles in Britain, with further analysis of the region a government priority. Further afield in Argentina, President Mauricio Macri is bullish on minerals. He has said Argentina has designs on becoming a lithium “superpower”, providing just under half (45 per cent) of the world’s lithium from the nation’s high-altitude salt flats [3]. In Chile, the Antofagasta mining group, already one of the world’s leading copper producers, has announced plans to expand its Los Pelambres mine in January 2019 [4]. And due to ethical concerns regarding cobalt extraction in the Philippines and the Democratic Republic of Congo, companies like Tesla are looking for American mining groups to fill the void [5].

Clearly there is opportunity, and a handful of mining companies are staking claims in Idaho, Montana and Alaska in a bid to find cobalt, which has not been mined on a large scale in the U.S. for decades [6]. Joe Kaderavek, CEO of Cobalt Blue, said “we are starting to see the first signs of an arms race to secure long-term cobalt supplies[7].” And all the while, demand for coltan is rising as its application base in the electronics industry goes up[8]. Due to concerns about the ethics of mining in some areas, potential future coltan mines in Egypt, Greenland, Canada and other countries are being urgently explored. 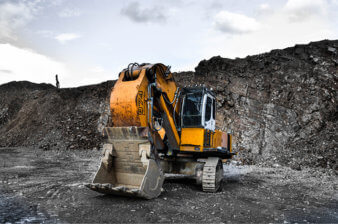 Despite this global scramble for minerals, not all analysts are optimistic. Lithium, specifically, has concerned some investors. Stocks tumbled when Morgan Stanley forecast a 2022 surplus that would drive prices down, and the commodities research house Wood Mackenzie forecasted a decline in the price of lithium earlier this year [9]. But with rising demand a certainty, it seems the doubts have more to do with the commercial viability of lithium mining. Stephen Bogner, an analyst for Rockstone Research, told Reuters that if viability were proven, “It would be a game-changer. [10]”

For copper and cobalt producers, the future looks bright. Trade tensions between the U.S. and China may have spooked some would-be investors, but on the whole, the prices of copper and cobalt are expected to rise in the longer term. And with governments looking to battery minerals to drive economic growth, and the administration of President Trump including lithium and cobalt on a list of 23 “critical metals” important for national security [11], it’s no surprise that minerals are in the spotlight. When anticipating the role they might play over the coming years, one thing seems clear: a new gold rush is not on the horizon. It’s already underway.