Which city is set to replace London as global financial capital when the full scope of Brexit finally unfolds? It’s a question that has been asked continually, and with increasing urgency, since the initial shock of the referendum’s result.[1] As The New York Times put it, following the triggering of Article 50, “The metropolis that globalization created may well be the capital of the world. But after the “Brexit” referendum, its future as an international crossroads is far from certain.” [2]
“Brexit’s implications are bound to be wide-ranging, yet are still shrouded in unpredictability.”

There’s ample reason to fear for London’s future as a global financial capital. Brexit’s implications are bound to be wide-ranging, yet are still shrouded in unpredictability. “The challenge Brexit poses is the uncertainty around future rules governing the private sector. Trade is just the tip of the iceberg. Businesses will have to consider how Brexit impacts contracts, supply chains, data protection, intellectual property and the tax environment.” Evolving immigration policy, too, will almost certainly have a profound impact on the country’s financial health. “Access to skilled labour is essential to London’s economic dominance. Restrictions on employers’ access to the EU labour market may be linked to the issue of skills shortages in the capital.” [3]

Now, “UK-based financial services firms, especially those that have chosen London as their European headquarters precisely in order to secure access to the whole EU market from one location, are reviewing their options.” [4] Thousands of jobs remain at risk. “A Bank of England official warned that up to 75,000 financial services jobs could be lost as a result of Brexit, according to a recent BBC report, while a survey by Reuters pointed to around 10,000 jobs moving to European hubs.” [5] 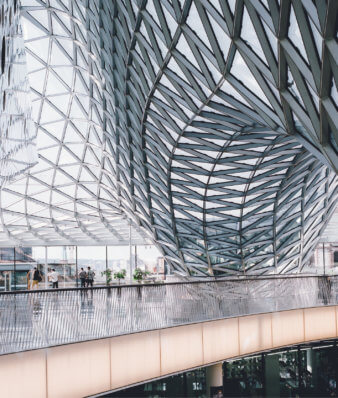 If Brexit has made London’s position more volatile and vulnerable, it has also opened the door to burgeoning financial capitals across Europe. Among the most cited potential heirs to London’s throne is Paris. In a recent report, GlobalData found that “Paris’ economy was 86% of the size of London’s in 2016 and 40% of the French capital’s Gross Value Added consists of financial intermediation and real estate, making Paris the only city which can compete with London in terms of economic output.” It is also the only eligible city in Europe that “could feasibly accommodate an influx of firms and surge in demand for office space, with 10.8 million square feet of office space available for immediate use.” [6]

French President Emmanuel Macron, elected in May 2017, has made plain his intentions to attract firms and professionals cast adrift by Brexit. Last year, when “asked if he wanted banks to move to Paris after Brexit, he said: “I want banks, talents, researchers, academics and so on. I think that France and the EU are a very attractive space.” [7] To help dispel the notion that France’s high taxes and strict employment laws would hamper business, a slate of new policies—including a corporate tax rate that will fall from 33.3% to 28% in 2020—is underway. [8]

It may not match Paris in sex appeal, but Frankfurt is another frequently cited candidate. As of last summer, Frankfurt had already won about twice as many relocation commitments from major banks as Paris. [10] “Morgan Stanley, Citigroup and Standard Chartered are among those who have chosen Frankfurt as their new European base.” Meanwhile, “predictions for the number of bankers set to descend on Frankfurt vary wildly, from tens of thousands, up to 100,000.”

Thus far, the city has more than enough space for such an influx. “There is approximately a million sq m of office space in Frankfurt available for immediate occupancy,” according to the head of Frankfurt Economic Development, Oliver Schwebel, “and an extra 250,000 sq m will be available in the next few years. That’s almost triple the current level of demand.” However, “Frankfurt’s pole position in the post-Brexit contest is largely down to pure convenience—most banks are already in the city, all they need to do is expand,” [11] and the German city is not yet a guaranteed victor. 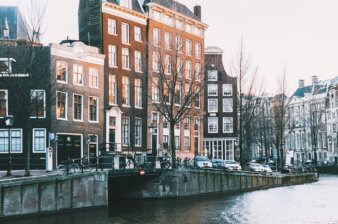 Other challengers in the Brexit fallout include Dublin and Amsterdam, though neither is a flawless proposition. “The Netherlands offers a high quality of life, and almost everyone speaks English. But Amsterdam’s financial centre lacks the scale of Frankfurt or Paris, and is short of housing and schools. A cap of 20% of salaries on bankers’ bonuses is also off-putting, although the finance ministry says global banks may be exempt under certain conditions.”
[12]

Dublin, meanwhile, “offers the most favourable business environment, with lax regulatory and labour laws similar to the UK’s, a highly educated workforce and it being the only other English-speaking city within the EU (the international business language).” [13]
But there are downsides to the Irish capital, with some bank executives commenting that “Dublin was never a contender for their HQ because Ireland’s domestic market is too small and home to far fewer corporate and institutional clients.” [14]

“There are actually many reasons for a financial firm to base itself in London — and these factors won’t change anytime soon.”

With all that in mind, there has been increasing pushback against the idea that London is replaceable at all. “There are actually many reasons for a financial firm to base itself in London — and these factors won’t change anytime soon. Be it our sophisticated legal system or our highly educated workforce, it’s clear London owes its success to a variety of factors.” [15] For his part, Michael Bloomberg also recently commented on BBC Radio 4’s Today programme that, “London is always going to be the financial centre of Europe for the foreseeable future,” and cited its culture, language, and transport. [16]

London’s size, its development, its diverse culture and its legacy make it a juggernaut, even in the midst of significant financial tribulations. But Europe’s competing cities will certainly jockey to fill any void they can find—and so for now at least, London’s ongoing leadership is far from guaranteed.

Moving To Berlin? You’re Not Alone

Discover why so many people swapping London for Berlin
Read More

Innovation in the Property Industry

Historically immune from innovation, is the industry due a shake-up?
Read More
SHARE THIS ARTICLE