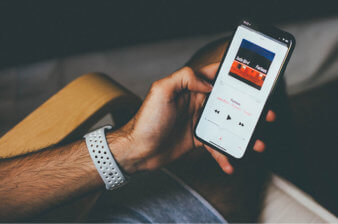 There’s an unfortunate and pervasive idea, particularly in the West, that India is the country to which all ‘back-office’ tasks can be outsourced. It’s in India, the thinking runs, where someone else’s ideas are executed, where the tech industry is only a ‘services’ industry, where cheap labour saves billions for companies in Silicon Valley and elsewhere. How ironic it is then that quietly, for a long time escaping the notice of even the most perceptive commentators in the West, a revolution has been underway in India—a revolution that some believe will be as transformative as the railroad network was to the UK or the interstate highways were to the US.

But the Indian revolution has to do with communication, not transportation. At the turn of the century, few Indians had access to a mobile phone, but by 2016, and catalysed by the lowest calling rates in the world, nearly everyone in the country had one. Just under 98 per cent[1] of the 1.03 billion telephone connections in a country with a 1.25 billion population were mobile. By September 2017, 730 million people in India—more than the populations of the US and Indonesia combined—had a mobile phone subscription, underpinning a thriving digital commerce market and digital payments sector, which is expected to grow to $500 billion in 2020[2].

Many believe that the mobile network operator Reliance Jio played the greatest role in this revolution, and it’s hard to disagree. At the time of its founding, data was treated as a precious commodity, not to be wasted on non-essential activities such as streaming or downloading video. Jio, whose leader, Mukesh Ambani, is India’s richest man, entered a multiplayer telecommunications market promising free video calls for life and months of free or cheap data services with rapid 4G; such a move was unprecedented, and soon, Jio’s competitors, who for years had burdened their customers with expensive internet costs, were under pressure. Jio sold their 4G handsets for under $50, and roaming was also offered free of charge for several months.

“In the medical industry, two-way video could allow those in rural areas to consult specialists without making the long journey to an urban area, while e-commerce is likely to flourish as individuals increasingly use their phones to shop.”

This aggressive strategy catapulted the company into the spotlight. It wasn’t long before India’s mobile revolution was being called the ‘Jio Revolution’, and admirers where quick to point out the way in which 4G created ‘leapfrog’ opportunities for parts of the country underserved by the existing infrastructure, as well as its potential to transform numerous industries. India’s entertainment industry, for instance, which produces more films than any other country in the world, has long struggled to prevent piracy; since digital rights are easier to manage on mobile networks, revenues for producers will almost certainly increase should phones become the preferred way to watch films. In the medical industry, two-way video could allow those in rural areas to consult specialists without making the long journey to an urban area, while e-commerce is likely to flourish as individuals increasingly use their phones to shop. Already, the mobile games industry is growing. 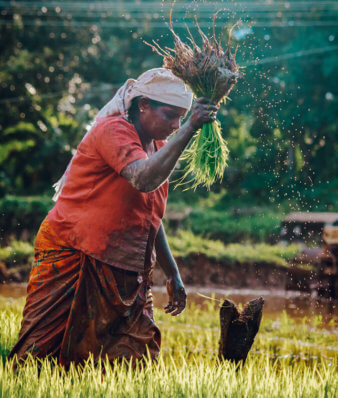 It’s fair to say that Jio has not only reshaped the Indian telecoms market, but dragged millions into the digital age. What’s more, it has brought the world’s knowledge to the fingertips of those in the most isolated and rural parts of the country, which has positive implications for productivity and quality of life. Those in India’s far-flung villages can learn about the various ways in which, for instance, they can improve their crop yield, or they can enrol in online courses at digital universities such as Khan Academy. Thanks to 4G, Indians all over the country have more opportunities to generate income, to exchange ideas, to learn and to build relationships.

The ‘Jio-fication’ of India, as commentators have come to call it, has been staggering. Reliance Industries, which had no experience in the telecoms sector before launching Jio, took a gamble, and the result was the fastest adopted technology in human history[3]. Over 100 million people joined Jio in a single year: it took Facebook, WhatsApp and Snapchat far longer to acquire the same number of users. As if in response, Jio’s competitors, including market leader Bharti Airtel, are anticipating the next step in India’s mobile journey by looking for ways to introduce 5G, which will be 1,000 times as fast as its predecessor.

Having revealed its appetite for mobile phones, and now one of the world’s leaders in mobile internet access and data consumption[4], India may well be on the verge of another revolution.

Discover our funds-based service that aims to provide access to markets that are exposed to faster growing regions of the world.
READ MORE

By 2020, every person in China will have been enrolled in a national database, where the accumulation of all manner of lifetime successes and failures will be reflected in a single score.
READ MORE
SHARE THIS ARTICLE