The Economics of Christmas

“Each UK citizen will spend an average of £54,000 on Christmas during their lifetime”

Over the years, the meaning of Christmas has shifted as England moves away from the religion of Christianity towards the religion of retail. Christmas has quickly become the time of year that can make or break both online and offline stores as consumers gear up for spending splurz`ges. But what are the true economics of Christmas and who wins and loses? Each UK citizen will spend an average of £54,000 on Christmas during their lifetime[1], but many are quick to bemoan the commercialisation of Christmas. In 1993, economist Joel Waldfogel published The Deadweight Loss of Christmas in the American Economic Review, stating, “gift-giving is a potential source of deadweight loss”, i.e. a person receiving a gift generally places a lower value on the item than the giver paid for it. Writing in The Guardian in 2012, environmental and political activist George Monbiot urged people to stop splurging on “pointless, planet-trashing products”[2]. “Bake them a cake, write them a poem, give them a kiss, tell them a joke, but for God’s sake stop trashing the planet to tell someone you care. All it shows is that you don’t,” he implored.

Nevertheless, though we all complain that Christmas comes earlier and earlier with each passing year—a phenomenon labelled “Christmas creep”—late December has for centuries been a time for exchanging gifts. The ancient Romans indulged in a spot of seasonal shopping ahead of the festival of Saturnalia, starting on December 17 and reaching its climax with the celebration of the winter solstice and the birthday of Sol Invictus on December 25. But no one loves Christmas as much as retailers, for whom the holiday period is vital. Fortunately for the retail sector, consumers do not seem to be listening to either Waldfogel or Monbiot. “Christmas is typically the largest economic stimulus for many nations around the world as sales increase dramatically in almost all retail areas,” according to Statista [3]. In the US, since the global financial crisis of 2008, Christmas holiday retail sales have seen steady growth. In 2017, sales increased by 5.3%, compared to 3.2% in both 2015 and 2016, and sales are forecast to increase by 4.55% in 2018.

In 2016, CNBC published a list of 12 S&P 500 companies that relied on sales during the Christmas holiday period for at least 30 per cent of their annual sales for the preceding five years[4]. The list included brands such as online retail giant Amazon (34.1%), toy manufacturers Hasbro (31.4%) and Mattel (34%) and even social media titan Facebook (31.9%). This shows just how important the Christmas period is to some surprising retailers. In the US, and more recently in the UK, “Black Friday”, the Friday following Thanksgiving in late November, has marked the start of the Christmas shopping period. “On Black Friday 2017, US online revenues amounted to 2.36 billion US dollars, up from 1.97 billion US dollars in the previous year,” according to Statista[5]. eMarketer predicts total retail sales in the US will reach US$1 trillion during the Christmas holiday period this year for the first time, with in-store sales predicted to rise 4.4% and online sales predicted to rise 16.6%[6]. 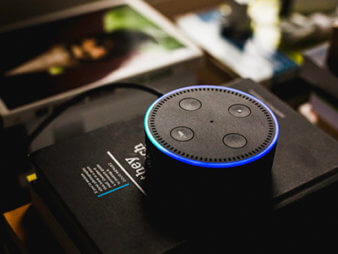 There has also been some disruption from the rise of online retailers, such as Amazon and AO World, in recent years. Earlier this year, The Guardian reported that Christmas 2017 had been tough for high street retailers, whereas there had been a 51% increase in internet purchases in the week before Christmas, with online retailers’ sales up 19% in December[7]. AO World posted UK revenue growth of 11.4% in the “the golden quarter”, the final three months of the year that encompasses the Christmas holiday period[8]. Amazon captured a whopping 89% of online spending in the five-week period from Thanksgiving 2017, according to data specialist Earnest Research[9]. This year, Americans spent US$7.9 billion online on “Cyber Monday”, the Monday following Thanksgiving and Black Friday, up 19% on 2017, making it the most successful online shopping day in history[10]. It was Amazon’s biggest ever shopping day, with 18 million toys and 13 million fashion items ordered worldwide on Black Friday and Cyber Monday and Amazon’s own Echo Dot its best-selling product.

“Every year Mariah Carey earns an estimated £376,000 in royalties from her holiday hit All I Want for Christmas”

And it’s not just retailers—both bricks and mortar and online—that benefit. Every year Mariah Carey earns an estimated £376,000 in royalties from her holiday hit All I Want for Christmas[11]. Meanwhile, Disney is responsible for six of the highest-grossing Christmas films of all time, including this year’s The Nutcracker and the Four Realms, which, as of December 2, had grossed US$50.5 million at the US Box Office[12]. Another performer who has made a killing from Christmas is rapper Kanye West. West’s actions and opinions are often controversial, but when it comes to Christmas presents, he makes some shrewd purchases. Last Christmas, West eschewed common spousal gifts and instead presented his wife, reality TV star Kim Kardashian, with thousands of dollars in stocks, including Amazon and Disney[13], both of which are likely to benefit from the increase in spending during the Christmas holiday period.

What Happens When You Hit ‘Buy’ on Amazon?