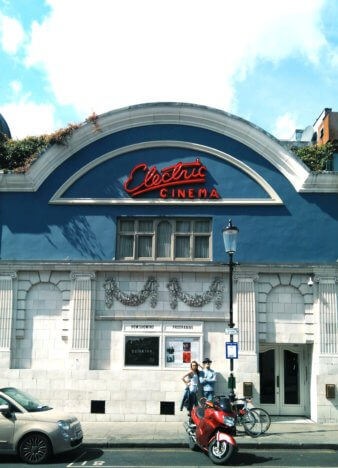 Similar settings can be enjoyed at upmarket independents, such as Notting Hill’s Electric Cinema – one of the country’s oldest working cinemas. The Electric, now owned and run by member’s club Soho House, has taken the upmarket food and drink element of cinema a step further, working with companies like Edible Cinema, who carefully curate canapes and cocktails to enhance the senses of cinema-goers, bringing taste, smell and touch to the fore for a more immersive sensory experience.

Taking immersion to a new level the Cineworld’s 4DX experience also plays on the senses, using high-tech motion seats and special effects like wind, fog, lightning, bubbles, rain and smell to simulate the hero’s adventures. It might be a bit gimmicky, but it’s a unique experience that isn’t available at home on Netflix.

Innovative concepts like Fabienne Rigall’s Secret Cinema combine both the social side of movie-going and an immersive experience. Secret Cinema brings movies to life, putting on large scale re-enactments of cult films in abandoned spaces turned film sets, creating cine-worlds where audiences participate by dressing up in costume and interacting with performers. 2015’s production of The Empire Strikes Back brought 100,000 people to a derelict printing factory refashioned into some of the most memorable locations of the film, including a Toatooine inspired marketplace, ‘Cantina’ themed bar and regular glimpses of your favourite characters, from Chewie to R2D2. At £75 a ticket, the box office amounted to approximately £7.5 million. [3] 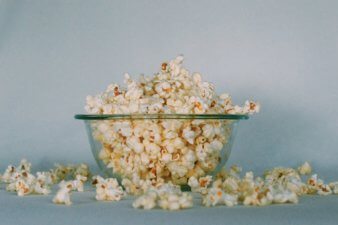 Whilst digital streaming services gave birth to the concept of binge watching, and have fundamentally changed our relationship with the screen, the desire to go out to the cinema is still very much alive – whether that involves craft beer and burgers or dressing up as Yoda. As CEO of Everyman group, Crispin Lilly, highlighted, ‘People need escape… How often and what other opportunities do you have, other than maybe theatre, where the phone gets turned off and for two or three hours, you get transported somewhere else?’ What underlines many of these new cinema experiences is a push and pull between using new technology to enhance our cinematic experience and safeguard against its failings. Keeping the tradition of cinema alive is a key part of ensuring we don’t become a nation who never leave the living room, or who let the film industry become saturated by piracy. What’s more, it can be fun too.
[1]The Guardian, ‘UK film industry on a roll as it helps keep economy growing’

[6] BBC Culture, ‘Future Cinema: The Cinema Where You Are the Star’

[7] As quoted in The Evening Standard, ‘Phillip Knatchbull the Curzon Boss leading the Revolution in the World of Cinema’
This article was inspired by a panel talk we hosted at House of Killik Mayfair in October 2017. It is designed to throw an everyday lens on some of the issues being discussed and debated by investors across the world; it is not research, so please do not interpret it as a recommendation for your personal investments. If something has piqued your interest and you would like to find out more or discuss what investments might be suitable for you, please contact one of our Investment Managers on 020 7337 0777.

How Great Businesses Inspire Their Teams