As part of our journey to Re-Define Wealth we are exploring what “A Life Well Lived” means: interviewing artists, entrepreneurs, explorers, and change-makers as they share some of their stories and ask “what is my life well lived?”.  Here, Sophie Breitmeyer shares with us what it means to her.

From her West London studio, just a stone’s throw from the rainbow row houses of Portobello Road, Sophie Breitmeyer produces her award winning jewellery worn by the likes of Sienna Miller and Rhianna. All the while overseen by her (incredibly well behaved) canine companion, Hackle.

Graduating from Central Saint Martins in 2010, Sophie went on to win ‘The Bright Young Gems’ award the very same year and has since been nominated for ‘Catwalk Jeweller of the Year’ for her collaboration with Fyodor Golan.

Sophie has built an incredibly successful business out of doing something she loves. So how did it all start and to her, what is a life well lived?

“I was always very creative as a child and jewellery is actually in my family heritage. My great grandfather was one of the original Directors of De Beers, so for me, although it’s no longer in the family, it made sense to get into jewellery design.”
“If I wasn’t a jewellery designer, I would definitely still be doing something creative.”

“I met a very famous jeweller when I first started and I was looking for advice about where I should go, what I should do and how I could kick-start my career. One of things I was warned about was that I would end up having to put areas of my life on hold if I was to jump straight in and start to build my own business. At the time in my sort of young, naïve, slightly arrogant Saint-Martins-graduate self, I didn’t believe it. But as I’ve built up the business, it is fair to say that’s probably happened a little bit.”

“If I wasn’t a jewellery designer, I would definitely still be doing something creative. Maybe a career in Fashion, Architecture or something to do with history of art.”

“To me living a good life is being able to give as much as you take. Being able to do something that you love is really important and I suppose to a point I have achieved that. As for the rest, I haven’t quite worked that out yet.”

“Success to me is the pieces I create. Seeing people wearing them and being able to help other people celebrate life’s big moments.” 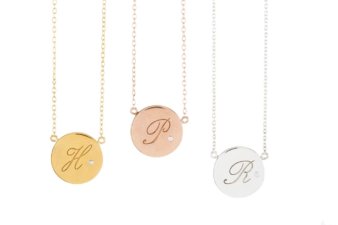 “Seeing the pieces of jewellery I have created on my clients and often my friends – I have been lucky enough to have made a lot of their engagement rings – and knowing that I am helping people create heirlooms; a legacy that I’ve helped cement.”

“Having grown up in the French Alps I’m at my happiest and most content in the mountains. Whether that’s skiing or in the summer being up there, just walking, and enjoying the fresh air, cut off from reality.”

“I hope that I get to a point by which I can hand this over to someone else, whether that’s one of my children or someone who takes the business over from me. Either way I hope that this still continues, but yes, I’ll probably have my feet up somewhere, maybe in the mountains where I grew up.”

“The people in a home make it a home. I grew up in a house where the door was always open. There were hundreds of people around, half the time I didn’t know who they were, but having your friends and your family in your home is what makes it a home.”

“I don’t really wear jewellery which is a very weird thing for a jeweller to say, but I have collected art over time. From my time at art school and at big moments in my life, I probably think about art the same way other people might think about jewellery, and so my art is the thing in my home I am most proud of.”

What is your life well lived?
Read More
SHARE THIS ARTICLE