The concept of “intelligent naivety” was introduced, or at least first publicised, in Adam Morgan’s Eating the Big Fish in 2015. Meaning much more than just doing the opposite of what others are thinking or doing, it means penetrating the clutter of knowledge and experience that constitutes solid strategic thinking, and reassembling the model according to new axioms – ones that only seem obvious in hindsight. 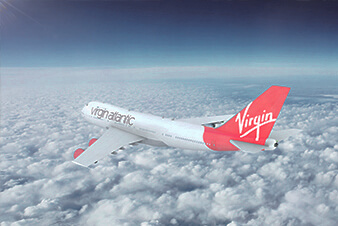 The history of new entrants who launched huge companies, using a vast stock of intelligent naivety, is long. Think of Richard Branson starting Virgin Airlines from money he made selling rock albums; or James Dyson, who went from reinventing wheelbarrows to redesigning the vacuum cleaner; or Michael Dell, who went from a student to IBM’s biggest competitor simply by outsourcing computer components and focusing on lightning-fast delivery.

These big figures do not only belong to the past, however. The tally of Elon Musk’s businesses; from Space X to the Boring Project, from Hyperloop to Tesla, from OpenAI to SolarCity, is overwhelming on paper alone, and when segmented into industries, even more mind-blowing. Musk is a clever man, educated in the fundamentals of economics, computer science and physics. Yet, few of these are likely to have prepared him for the multi-disciplinary nature of his businesses. So, the big question must be asked: why does category inexperience, far from being a drawback, appear to revitalise companies?

“why does category inexperience, far from being a drawback, appear to revitalise companies?”

Perhaps the answer lies in the fact most conventional business attitudes rely on market research that asks consumers what they want in the current market. In other words, they don’t inquire what people would want in an ideal world. Openness (undaunted by petty details, corporate shibboleths etc.) to ideals, as well as total reconfiguration, is key to intelligent naivety. It’s ultimately why South West Airlines created a 45-minute turn-around time (it didn’t know it was a “thing” to not be able to); why Innocent created a new pasteurisation process that nobody said it could; in literature, why one of the greatest English writers in the 20th century was a Russian, Nabokov; in art, why one of the first artists to capture Californian light perfectly was an Englishman, Hockney; and so on.

Those are the success stories but there are plenty of people doing “upstream” thinking; struggling against the tide of conventional models today. Take IDE Technologies in Israel, for instance. For decades, the idea that desalination could ever become cost-efficient was farcical. Yet now IDE supplies 70% of the country’s potable water, and recently opened the largest plant of its kind in the Western hemisphere, in California.[1] Revolution Foods in Oakland, USA, too, has just released the holy grail for health conscious parents by producing school lunches that are fresh, nutritious, locally-made, delicious and most importantly, low-cost.

The best example of going back to first principles over the past year is, perhaps, Bitcoin (a single coin of which became more than ten times more valuable than gold’s record price when it reached $19,783 in December 2017). Its mysterious founder(s), have done more to challenge the way we think about money than any central bank in our lifetimes. An independent, decentralised, virtual currency that comes with no transaction fees (and appears to be impervious to fraud or theft), Bitcoin has miraculously achieved for money what the world-wide-web did for information, freeing it from institutional shackles.

The key to many of these successes boils down to ticking three main categories. First, consumers desire a reduction in choice, as time and attention become expensive faculties. Second, most wish for a new theme; a new category to be introduced (immediacy for Deliveroo, molecular gastronomy at The Fat Duck, inventive content for Red Bull). Third, an emotion or quality should be tapped into that was not experienced before – Lush introducing the idea of the “home-made” quality into the cosmetic industry, for example.

“In the last year, consumer spend on apps grew 45 per cent, reaching over $15bn in total”

Many of these boxes are ticked off by the weird and wonderful world of apps. So, it’s no surprise that some market challengers that look to go big take expertise that was once considered expensive and personal in nature out of corporate hands and into cheaper, simplified software that’s available 24/7 (Uber, Lyft, Deliveroo et al) while others look to combine digital intelligence with a human touch, such as Killik & Co’s Silo app that understands how much you can save and then invests it wisely on your behalf. In the last year, consumer spend on apps grew 45 per cent, reaching over $15bn in total[2].

Once upon a time businesses talked a good talk about disruption, innovation and creative disruption, but walked a bad walk. Now, however, technology is enabling real structural change, and so business rewards those who think in structural terms – making intelligent naivety a real savvy virtue to acquire.

Supermarkets on the Skids

“UK cinemas grew by over 17% last year and are projected to grow further this year and next.”
Read More
SHARE THIS ARTICLE