Our Key Investment Themes for 2019

Here, Senior Investment Manager, Rachel Winter, discusses Industry 4.0 and why it is a key investment theme for us throughout 2019.

To discuss any of the investment ideas mentioned, please contact us here.

Industry 4.0, also known as the fourth industrial revolution, is a name given to the next generation of industrial automation, where computers and machines communicate with each other to make smart factories a reality. It encompasses a variety of technologies and platforms including automation systems that move and manipulate physical objects, the Internet of Things that measures performance, cloud computing enabling the evaluation of performance data, cognitive computing that then makes decisions from this data, and consulting services allowing ultimate integration of these enhancements.

This is part of the digital transformation happening across multiple industries, and moving forward will be crucial for businesses, both to serve customers better as well as to cut costs, allowing them to respond to the threat of competitive disruption from new entrants.

We see multiple beneficiaries from this secular growth theme, including:

If you would like to discuss any of these investment ideas in more detail, please do  contact one of our Investment Managers.

Download our brochure by filling out the form below to find out more about our services. 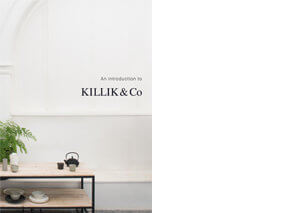 What to Expect from the Fourth Industrial Revolution

Why Automation is Good for Business