No Deal: What the WTO Rules Could Mean for Britain

In mid-July, two years after a small but significant majority of the UK electorate voted to leave the European Union, Prime Minister Theresa May’s Conservative government published a 104-page Brexit white paper outlining the proposals for the UK’s future relationship with the EU – its grand plan for “a principled and practical Brexit”.[1]

“In late-July, Foreign Secretary Jeremey Hunt said the likelihood of a “no-deal” Brexit was “increasing by the day”

It didn’t take long for doubters to start warning the proposals in the Brexit white paper might fail to satisfy the EU or Parliament. In late-July, Foreign Secretary Jeremey Hunt said the likelihood of a “no-deal” Brexit was “increasing by the day”. [2] Then, in early August, Governor of the Bank of England Mark Carney said the possibility of no-deal was “uncomfortably high” [3]  and prominent Conservative MP and Brexiteer Liam Fox declared no-deal the most likely outcome. “I think the intransigence of the commission is pushing us towards no-deal,” he told The Sunday Times. [4]  Fox put the odds at 60-40 in favour of a no-deal Brexit. 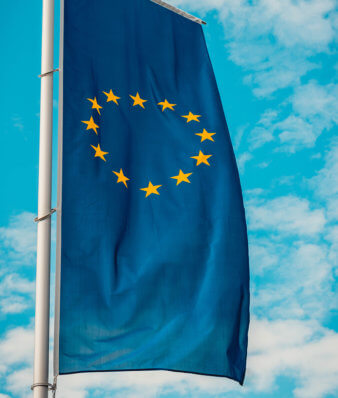 Since then, those odds have surely fallen. If there is to be a deal, it must be agreed before October 31 in order to give the other 27 EU countries time to sign off on it.

French President Emmanuel Macron refused to save the Prime Minister’s efforts to reach a deal. “France wants to maintain a strong, special relationship with London but not if the cost is the European Union’s unravelling,” he said. [6]

Even if a deal with Europe is reached, MPs will have their say on it, and given the government’s slight parliamentary majority, it is far from certain it would survive a vote in the House of Commons. Despite increasing pressure on the Labour Party leadership to embrace the People’s Vote campaign, [7]  a no-deal Brexit is now, unquestionably, the most likely outcome.

If no-deal happens, the UK would no longer be part of the EU Customs Union and the Single Market and would revert to World Trade Organisation rules.

“It is very unlikely you are going to have [a] 100 per cent agreed outcome for all WTO members between now and March.”

“There are a number of preferential rules between the UK and the EU that will disappear,” Roberto Azevêdo, Director General of the WTO, told BBC Radio 4’s Today programme on August 24. [8] “It’s not going to be the end of the world in the sense that trade is going to stop and that everything is going to fall down – no – but it’s not going to be a walk in the park either.”Azevêdo explained a no-deal Brexit would definitely mean tariffs between the UK and the EU, because “the EU cannot discriminate among the WTO members”.

That would mean agreeing tariff schedules with all WTO members before March 29, 2019. “The moment that other countries begin to sense an opportunity to increase the market share or increase the quota here or there, they’re going to go for that. There will be a lot of uncertainty here, there will be a lot of unpredictability,”said Azevêdo. “It is very unlikely you are going to have [a] 100 per cent agreed outcome for all WTO members between now and March.”

In response, the Department for International Trade said it had already started the formal process of agreeing schedules with WTO members and would attempt to replicate as far as possible our current commitments. [9] The process could be completed in three months but it is “not uncommon for it to take longer”. Deputy Director of the Centre for European Reform John Springford has said the total cost of WTO tariffs would range from 2.2% of GDP to 9%.[10] 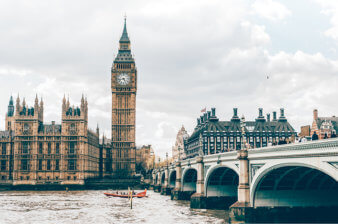 The average EU tariff is a relatively low 2.6% for non-agricultural products, but under WTO rules cars and car parts would be subject to 10% tariffs every time they crossed the border and agricultural tariffs would be much higher, averaging more than 35% for dairy products. [11] The UK could choose to waive tariffs altogether, but it couldn’t do so only for the EU – under the WTO’s “most favoured nation ”rule, it would have to do so for all WTO members.

There are also so called “non-tariff barriers” to be considered. When Britain leaves the EU, there will no longer be a shared system of standards and regulations, meaning the EU would have the right to impose checks on UK products entering the EU. Whether the EU will decide to pursue this course of action or not is unknown.

Brexit Secretary Dominic Raab has sought to calm fears about a no-deal Brexit, acknowledging there would be short-term risks but highlighting potential “opportunities”, such as regulatory freedom, the ability to set independent trade and immigration policies and being able to stop payments to the EU budget. [12] Nevertheless, despite protestations from Brexit hawks that Britain is better off out of the EU, no matter what the economic consequences, the majority view is negative. “There will be no winners from Brexit,” declared a report from the International Monetary Fund report in June, warning of the potential of a “disruptive exit”.[13]
“Chancellor Philip Hammond has warned a no-deal Brexit would force the Treasury to borrow an extra £80 billion a year by 2033.”

Chancellor Philip Hammond has warned a no-deal Brexit would force the Treasury to borrow an extra £80 billion a year by 2033 [14] and the IMF has said the EU would suffer long-term damage equivalent to 1.5% of GDP in the case of a no-deal Brexit. [15]

British households would be £960 worse off if there is a no-deal Brexit, according to a report from the House of Lords European Union Committee published in July. [16]

“I’m confident that a deal is within our sights”, Dominic Raab told the Lords EU Committee in August. Let’s hope so.

Is the UK Spending Enough on Defence?