Is the UK Spending Enough on Defence?

“What good is NATO if Germany is paying Russia billions of dollars for gas and energy? Why are there only 5 out of 29 countries that have met their [defence spending] commitment? The U.S. is paying for Europe’s protection, then loses billions on Trade. Must pay 2% of GDP IMMEDIATELY, not by 2025.”[1] US President Donald Trump is not a man known for his delicate approach to political discourse, but this Twitter outburst ahead of a NATO summit in July, berating NATO allies for what he considers their underspending on defence, was particularly bellicose. 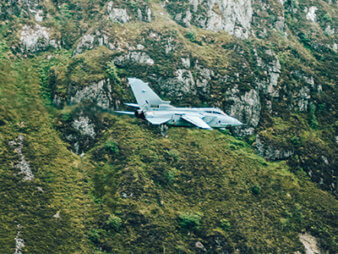 In September 2014, at a NATO summit in Wales (Russia’s invasion of Crimea earlier that year still fresh in their minds), leaders of all 29 NATO allies pledged to increase spending on defence to 2% of GDP within 10 years.

In 2017, the US accounted for 71.7% of NATO’s combined expenditure on defence; only Estonia, Greece, Poland, the UK and the US met the 2% target[2], with Germany, Europe’s richest country, lagging far behind. In 2015, Germany’s spending on defence was just 1.1% of GDP. In May, Germany’s Minister of Defence, Ursula von der Leyen, said Germany would probably hit 1.3% of GDP in 2019 and would aim to hit 1.5% of GDP in 2025[3]. So President Trump’s annoyance and persistent haranguing is to some extent justified, at least in Germany’s case.

“In June, President Trump ordered the US military to establish a sixth branch of the armed forces, a ‘Space Force’ “

President Trump’s focus on defence spending is understandable when considered in the context of his administration’s world view. In May, The New Yorker published an article titled The Growing Dangers of the New Nuclear Arms Race[4], written by investigative reporter Eric Schlosser, author of Command and Control, a history of nuclear weapons published in 2013. “Less than a decade after President Barack Obama called for the abolition of nuclear weapons, the nine countries that possess them are engaged in a new nuclear-arms race,” Schlosser declared. He went on to quote US Secretary of Defence James Mattis’ preface to the Trump administration’s Nuclear Posture Review: “We must look reality in the eye and see the world as it is, not as we wish it to be”. Rebuilding America’s nuclear arsenal is projected to cost more than $1 trillion over the next 30 years, according to Schlosser.

In June, President Trump ordered the US military to establish a sixth branch of the armed forces, a “Space Force”[5]. “When it comes to defending America, it is not enough to merely have an American presence in space, we must have American dominance in space,” he said. 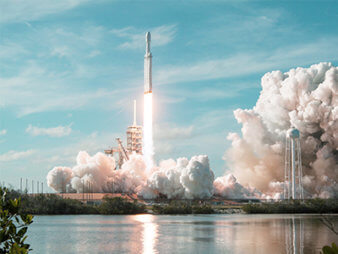 President Trump’s announcement marked the escalation of a new arms race in space. “Everything has changed in space,” wrote Garrett M Graff for Wired in June[6]. “A secretive, pitched arms race has opened up between the US, China, Russia, and, to a lesser extent, North Korea. The object of the race: to devise more and better ways to quickly cripple your adversary’s satellites.”

Cyberwarfare is also a concern. In April, the US and the UK issued an unprecedented joint statement attacking Russia for “malicious cyber activity”[8]. In July, the BBC reported China was about the launch a new “unhackable” communications network[9].

In August, President Trump signed off on the National Defense Authorization Act, greenlighting a massive $717 billion spending on defence for 2019[10], the ultimate expression of the Trump administration’s commitment to defence and a boost for manufacturers of military technology, such as Northrop Grumman. Prior to President Trump’s signing of the bill, Northrop Grumman’s shares had already climbed almost 14% this year[11], and the US Air Force plans $16.8 billion in funding for the corporation’s new B-21 bomber between 2019 and 2023, including $2.3 billion for research in 2019[12].

Northrop Grumman is also a major player in the UK, where despite the government’s commitment to spend 2% of GDP on defence, there have been calls for an increase.

Sir Nick Carter, now head of the UK Armed Forces, warned the UK was falling behind its adversaries, namely Russia, in its spending on defence”

In January, Chief of the General Staff, Sir Nick Carter, now head of the UK Armed Forces, warned the UK was falling behind its adversaries, namely Russia, in its spending on defence[13]. In June, a report by the Commons Defence Committee called for the defence budget to rise to 3% of GDP[14]. “Diminished capacity reduces the UK’s usefulness to the US and our influence within Nato,” it warned. “The government must not allow this to happen.” Following the publication of the report, Lord General Nick Houghton declared publicly that the UK was “living a lie” if it thought the government could deliver on the defence programme set out by former Prime Minister David Cameron in 2015.

With this in mind, if the UK wants to remain a major military power, perhaps on this occasion, it should listen to President Trump.

Will Blockchain Make the World a Safer Place?