Industry Insight: The Trouble with Travel

INDUSTRY INSIGHT: THE TROUBLE WITH TRAVEL – THE SHARP DECLINE IN AIR TRAVEL AND ITS IMPACT ACROSS INDUSTRIES

One of the most visible impacts of the ongoing COVID-19 pandemic has been on the travel industry, as governments around the world have enforced travel bans in order to attempt to get the spread of the coronavirus under control.

According to the International Civil Aviation Organization, global air passenger capacity in April was down approximately 90%. This year, the agency expects global international passenger traffic to decline by between 44% and 80%, with its worst-case scenario taking passenger numbers down to levels not seen since the early 1990s. 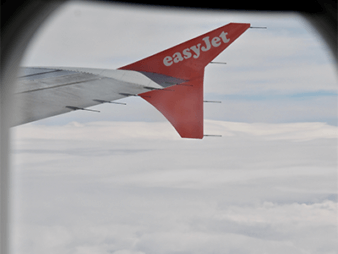 The most significant financial impact of this is being felt by those companies that operate directly within the travel industry, such as airlines, hotel operators, and travel agents. However, the effects are more widespread than that, with several other sectors, if not reliant, then significantly exposed to tourism for the generation of revenues. Some, in our opinion, can mitigate the impact, others may not, and we discuss a few examples below.

Jet fuel accounts for on average roughly 8% of global oil demand. With the decline in air travel as outlined above, the International Energy Agency expects demand for jet fuel to fall by 26% in 2020, and this, along with the impact on oil demand from social distancing measures and periods of lockdown in countries around the world, has contributed to a significant decline in the oil price this year and in turn the share prices of oil companies. Oil and the various fuels and chemicals created from it through the refining process are commoditised products. This means that companies that sell these products are price takers and there is limited scope to drum up demand for their goods with clever marketing, directing sales through different channels, or targeting different consumers. Companies in a sector such as this must instead focus on cost efficiencies and cash preservation and look to benefit perhaps from fewer competitors once the crisis has passed. Aside from jet fuel, the demand for oil for use in other applications may recovery more quickly.

The luxury sector is one which historically has been heavily exposed to international travel. Chinese nationals account for approximately 30% of global luxury spend, and 50% of their spending takes place outside of mainland China. A reduction in travel, particularly one which lasts beyond the end of 2020, could potentially have a significant impact on companies in this space. However, recent results from the sector have shown that there are ways in which luxury companies can offset the loss of sales from tourists. LVMH, for example, noted that they had seen strong growth online in its Fashion & Leather Goods business, home to some of the company’s strongest brands including Louis Vuitton and Christian Dior. The company also noted that demand within China, post the lifting of lockdown measures, was particularly strong, indicating that at least some of the spending that Chinese nationals may have otherwise done abroad, is now taking place at home. This is not a new thing – the percentage of overall spend by Chinese nationals taking place abroad has been trending lower in recent years and is a trend that we expect to be accelerated by the crisis. There is historical precedent for this, as during the 1990s a significant proportion of luxury spending by Japanese nationals occurred outside of Japan. Today, according to LVMH, 95% of Japanese spend occurs domestically.

Beauty is another industry which is exposed to international travel as a significant proportion of sales of make-up, skincare and perfumes take place through the travel retail channel, including duty free stores at airports. As with luxury, however, there is evidence of continued demand for these products and that consumers are utilising different channels in order to purchase them. Estee Lauder, the global leader in prestige beauty, reported earlier this month that it is seeing a strong shift towards online sales, which grew at double digit percentage rates globally in the first quarter. Furthermore, the company said that they see the possibility to recapture at least part of the lost travel retail sales through other channels, as the most successful products in travel retail tend to be what it calls its “hero products” – that is those that have high loyalty and high repurchase rates and therefore, they hope, enduring demand.

BUT WHAT OF THOSE COMPANIES THAT OPERATE WITHIN THE TRAVEL AND LEISURE INDUSTRY?

Hotels face significant difficulties; however, the recovery may be quicker for those that are more reliant on domestic consumers than international ones. The restaurant sector too faces severe challenges, particularly in areas that are both tourist hotspots and that have high a population of office workers as a decline in tourists and an increase in people working from home will prove to be a double blow.

For airlines, we continue to believe that over the medium to long-term, air travel as measured by passenger numbers is likely to grow. In 2018, the International Civil Aviation Organization estimated that global airline passenger numbers reached 4.3bn and the International Air Transport Association, before the current crisis, expected this to reach 7.2bn by 2035. The impact of the coronavirus is that growth will slow, particularly in the short-term, but we expect that demand over time will recover beyond previous levels, not least because the penetration of air travel remains low in certain parts of the world. That said, there remains considerable uncertainty over the trajectory of the recovery, which will be defined first by when people are allowed by policymakers to travel again, and then by people’s willingness to return to flying and their financial capacity to do so. In the meantime, there is little that airlines can do to offset this hit to demand and are instead focused on strengthening liquidity positions and reducing overheads as much as possible in order to attempt to survive the current crisis.