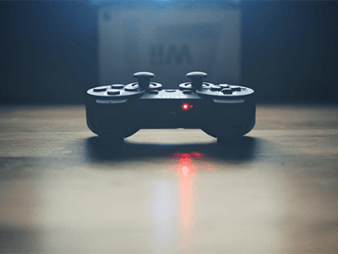 A core part of our positive investment thesis on Electronic Arts (EA) is our belief that sports video game franchises are unique and enduring. We believe exclusivity, incumbent advantages and network effects all combine to form formidable barriers to entry in the genre and should ensure that those game publishers with the most popular franchises will continue to be successful for a long time to come.

Football is the most popular sport in the world, with an estimated 3.6bn people – more than half of the global population aged four and over – tuning in to watch the 2018 World Cup final. In the past, young fans may have sprinted outside to recreate France’s fourth goal by Kylian Mbappe. Today, many are more likely to switch on their PS4 or Xbox and seek to replay the match virtually (crossing-of-arms celebration included). FIFA, EA’s popular football game franchise, sells around 25m copies every single year, a huge number by anyone’s measure of success, but still relatively tiny when you consider the billions of people around the world that care about football but have never played the video game.

We believe a common misconception among investors is that EA only has a handful of exclusive rights deals with the footballing community and therefore is at risk of losing this valuable IP if a competitor offers more money. On the contrary, Bernstein have estimated that EA has signed over 400 different licensing agreements with leagues, teams, and players, each negotiated separately and expiring at different times. Pro Evolution Soccer (PES), published by Japanese company Konami, is the only other football simulation game available for sale and it has nowhere near as many exclusive agreements. While both games have broad coverage of national teams, PES only owns the rights to use a handful of club teams versus near-universal coverage for FIFA, which suggests EA have exclusive agreements with many of the potential licensors. This is one of the reasons Konami sold less than a million copies of PES last year.

In our view, it would take several years for a new entrant to replicate EA’s extensive web of contracts, assuming the related parties would even want to come to the table. FIFA is tremendously successful, the best-selling video game in Europe in 2019, and serves as a great promotional tool for world football, ensuring fans are kept engaged with the sport even when there are no live matches to watch, as was the case during the recent coronavirus-related lockdowns. We think it would be foolhardy to put that at risk. 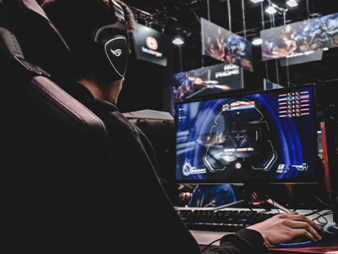 Creating a successful AAA sports game franchise is difficult. EA’s Madden NFL franchise has been around in one form or another for 32 years, and the company estimate it would take $200m-$300m in investment, and 200 people working for three years, to create a comparable game from scratch. Therefore, we think that incumbents have a huge scale advantage over new entrants which translates into pricing power that thus far has not been leveraged. However, that may be changing. Take-Two Interactive, the creators of the Grand Theft Auto franchise, which includes the GTA 5 game, the most financially successful media title of all time, also publish a basketball simulation game, NBA2K. Like EA with FIFA and Madden, Take-Two commands a quasi-monopolistic position, selling 14m copies of the latest version, NBA2K20. Last month, the company announced it was increasing the price of the next-generation versions of the console game, marking the Playstation 5 and Xbox Series X editions up to $69.99, a $10 increase on the current generation. Although it remains to be seen whether other publishers follow suit, in our view, sports games are ideally positioned to raise prices due to their dominant competitive positions as well as their inherent network effects.

The term network effect is used to describe the phenomenon whereby an increased number of people or participants improves the value of a good or service. Sports games are great examples of platforms where positive networks exist and serve to keep consumers buying and playing the most popular games due to multiplayer game modes like FIFA’s Ultimate Team. By having the largest community of gamers, EA can offer the best multiplayer experience as it has millions of users which it can matchmake with others of similar ability for online matches, leading to greater engagement and thus increasing the value of the network through a self-perpetuating cycle. 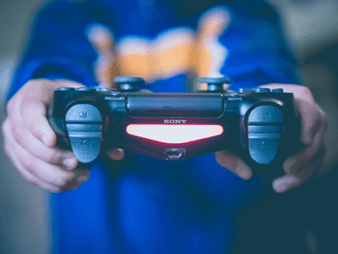 Ultimately, EA sits at the intersection of two secular trends that have become increasingly pronounced in recent years: firstly, social interactions are moving from physical to digital, and secondly, the consumption of sports and entertainment is moving from linear to interactive. If you believe that sports such as football and basketball will remain wildly popular, as we do, then an investment in EA is a great way to play this, given its growing annuity-like revenue stream from sports titles, a phenomenon we believe can continue over the long-term.