Industry Insight: On The Rails

According to the Association of American Railroads, North America’s privately-owned freight railroads “are the most productive and cost-effective in the world, connecting consumers and businesses across the country and the world while benefitting the environment and promoting safety.” 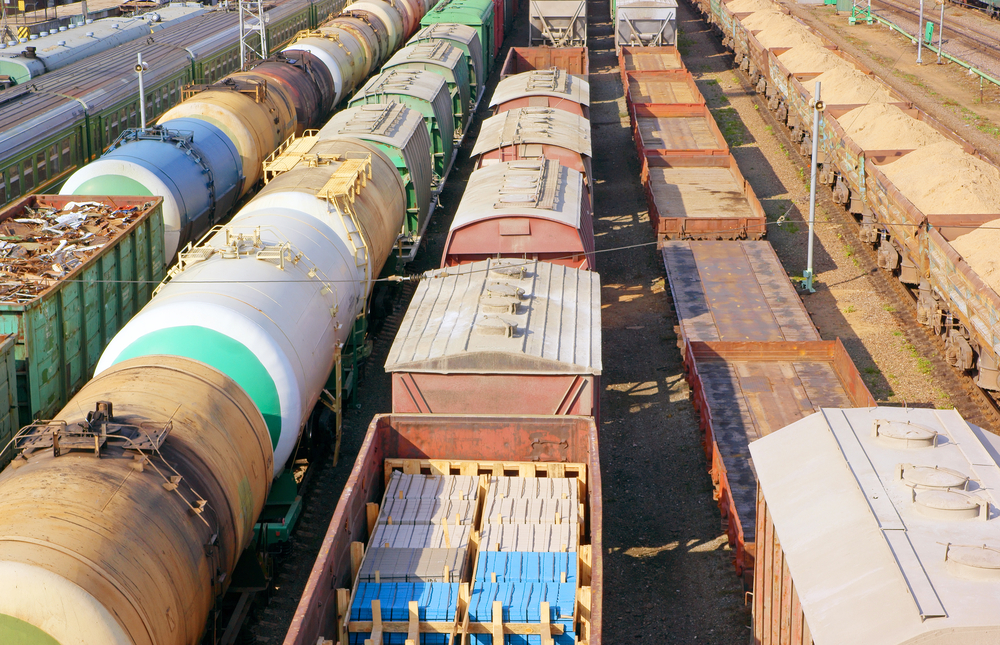 Freight railroads hauled around 1.7 billion tonnes of material in 2021, with seven Class 1 railroads (those with annual revenue above $900m) accounting for 68% of the nearly 140,000 miles of freight rail track across the continent, and 94% of revenue. Class 1 rails have made excellent investments over the years, given their attractive customer value proposition and highly consolidated structure – companies operate in regional monopolies or oligopolies where there is effectively zero chance of new competitive entrants. Further, the economic and environmental benefits of transporting freight by rail instead of trucks are becoming clearer, providing an opportunity for rails to accelerate growth over the next couple of decades.

“The economic and environmental benefits of transporting freight by rail instead of trucks are becoming clearer.”

Freight rail is often considered to be an industry that has hardly changed in two centuries, and this is partly true – huge quantities of material are still hauled across the same rail lines that have existed since the 1800s (albeit most of the track has been replaced or upgraded since then!). However, in another sense, this is misleading – the rail industry has undergone significant regulatory and technological changes that have presented both opportunities and risks to operators. With this in mind, before we look to the future, it’s necessary to look at the past. 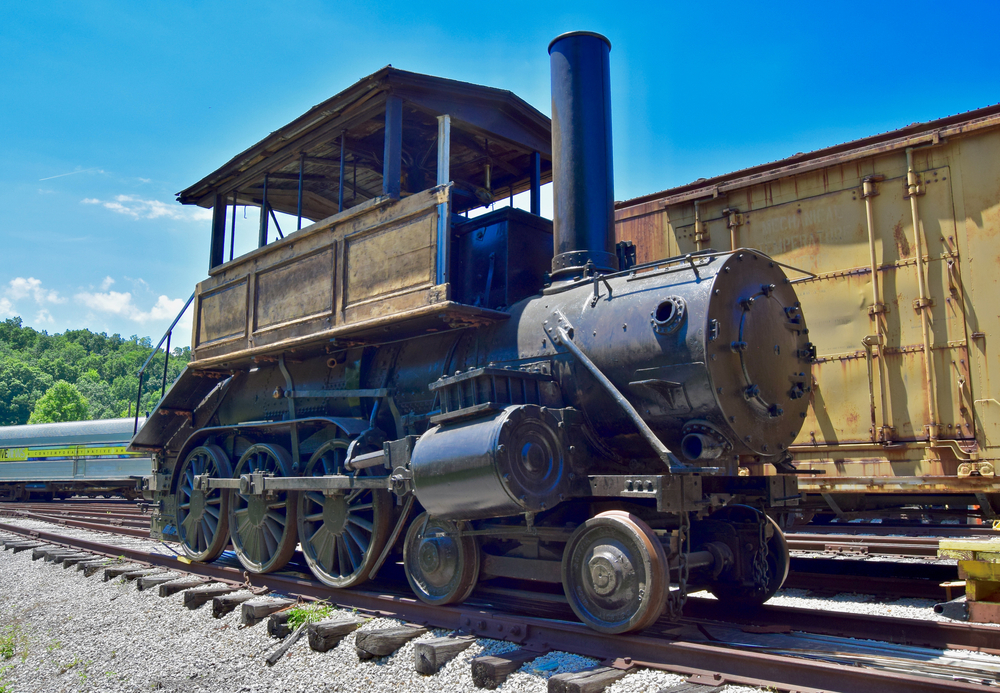 Early Days to The Golden Age

The beginning of freight rail can be traced back to the early 19th century, when Richard Trevithick’s first steam locomotive was used to haul a train from an ironworks in Merthyr Tydfil in South Wales in 1804. It wasn’t until 1827 that the first railroad in North America was chartered – the Baltimore & Ohio – but from that point on, the nation embraced railroads as the engine of an aggressive westward expansion and industrial revolution.

By 1850, more than 9,000 miles of railroad were in operation in the United States, as much as the rest of the world combined, and ten years later the figure has risen to over 30,000 miles. The end of the American Civil War in 1865 signalled the start of what became known as the “Golden Age” of railroads, and for the next five decades the rail network grew to roughly 254,000 miles at its peak in 1916.

“By 1850, more than 9,000 miles of railroad were in operation in the United States, as much as the rest of the world combined.”

In 1917, the federal government seized control of the railroads until the end of the First World War, and they were returned to private ownership in 1920. Around this time, competing modes of transport began to emerge, including automobiles, trucks and buses, unburdened by regulation and able to cater for shorter, more direct journeys.

This was followed by the Great Depression of 1929 to 1938, which served as a hammer blow to the industry, forcing many companies into bankruptcy.

The Second World War provided a much-needed boost, with railroads moving 90% of all Army and Navy freight and 97% of all military personnel. This time, companies remained in private hands, with the industry moving twice the amount of equipment and personnel as during World War One. 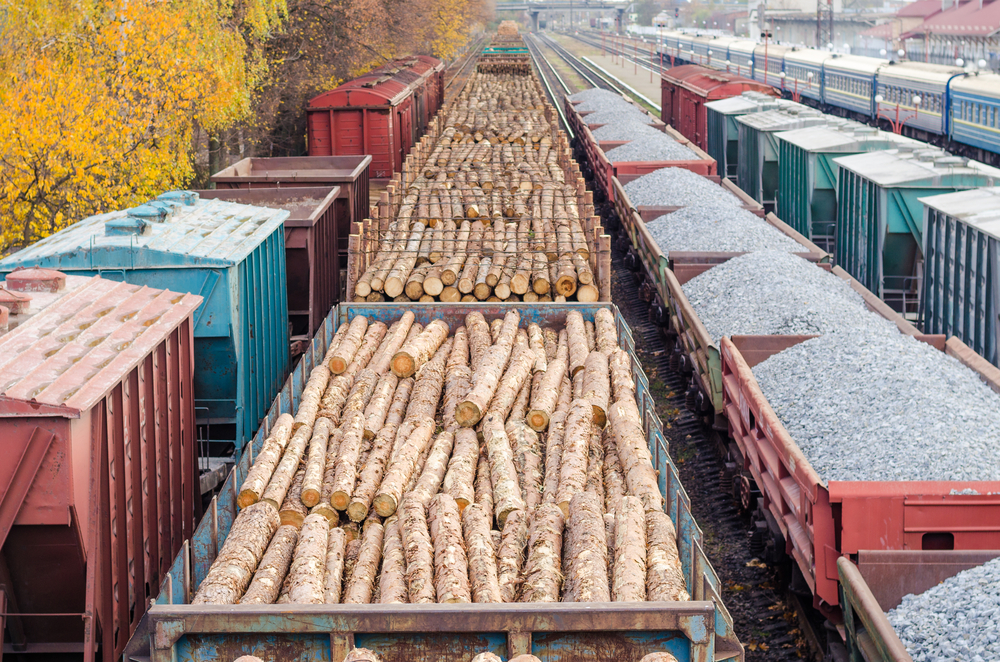 Buoyed by a renewed confidence, North American railroads began investing heavily into their networks and equipment, with newer diesel locomotives phasing out the last steam engines by the late 1950s. However, technological advances and wider adoption of alternative transport modes continued unabated, with railroads’ loss of market share resuming over the following decades.

Burdened by excessive regulation (including being forced to maintain unprofitable routes) and subsidised competition, several railroad bankruptcies were to follow, with Penn Central in 1970 being the largest ever corporate bankruptcy in the US at the time. This was one of nine Class 1 railroads that declared for bankruptcy between 1970 and 1975.

“Rail stocks have been delivering average total shareholder returns of 15% since 2005, compared to 9% for the broader S&P500.”

After years of turmoil, US Congress passed the Staggers Rail Act in 1980, spurring competition and allowing railroads to compete on a fair playing field with alternative modes of transport. This invigorated an industry that had been in decades-long decline, allowing the railroads to grow their revenues and reinvest back into their businesses to support future growth.

The introduction of Precision Scheduled Railroading (PSR) more than a decade later heralded in a new age of railroading operations. Pioneered by E. Hunter Harrison, PSR is a relentless focus on cost and efficiency that has been credited with improving service levels and substantially growing profit margins. First introduced by Harrison at a small regional railway in 1993, PSR has been so successful that today, all but one of the seven remaining Class 1 railroads has adopted its approach.

Since 2005, sales growth has averaged around 3% a year for these companies, however, EBITDA (profit) margins have increased from the mid-20% level to the low-50% level, resulting in average EBITDA growth closer to the 7% level, with per share earnings growing at almost 12% per year. This strong operational performance has driven compelling long-term value creation for shareholders, with Rails stocks delivering average total shareholder returns of 15% since 2005, compared to 9% for the broader S&P500. 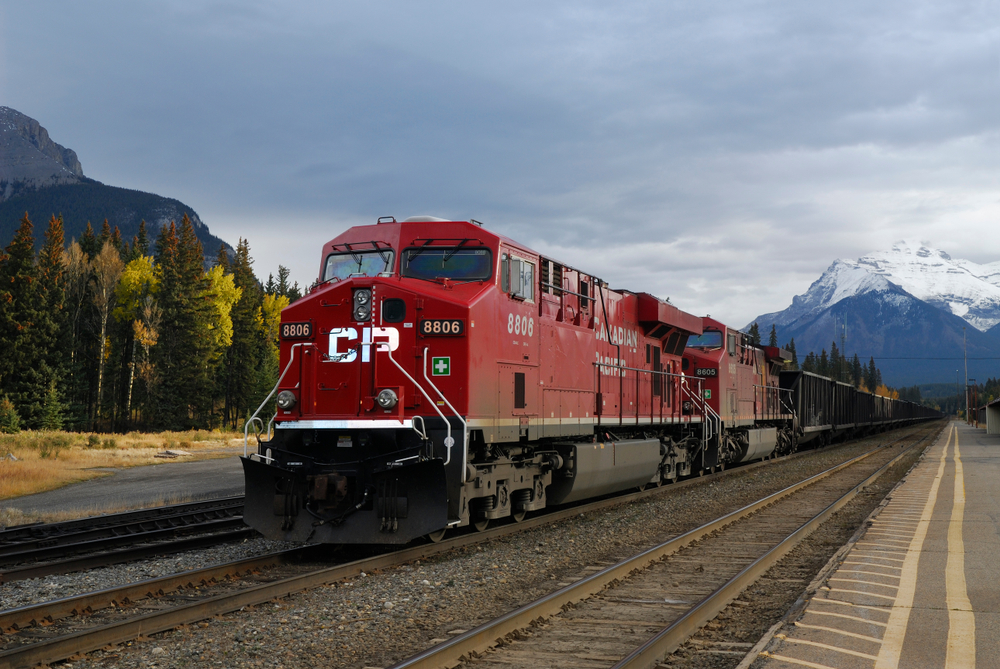 The future for North America’s Class 1 rails is just as bright. The ongoing shift of cargo volumes from truck to rail due to economic and environmental benefits should support railroad volumes and revenues over the next decade – a one percentage point shift from truck to rail is equivalent to an almost 10% increase in rail volumes. At the same time, further improvements from PSR, as well as new digitally-enabled technologies that improve rail safety and network efficiency, should continue to drive profit margins and earnings growth.

As one of the fastest-growing railroads with a well-respected management team, Canadian Pacific is our top pick in the sector. Its acquisition of smaller rival Kansas City Southern (set to complete in 2023) makes strategic operational sense and will create the first rail network that connects Canada, the US and Mexico, an increasingly important trade route. Cost and revenue synergies from the deal should be significant, driving above-market earnings and cash flow growth for many years to come.