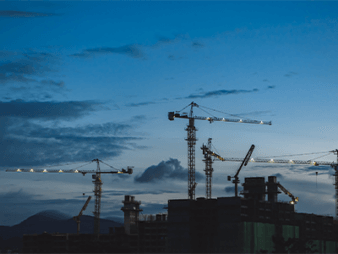 We have written a number of Insight pieces in recent weeks on decarbonisation, including discussing the role the power and aviation industries can both play in contributing to the goal of achieving carbon neutrality. This week, we consider the building and construction industry, which according to the International Energy Agency (IEA), accounted for 39% of global energy and process-related carbon dioxide (CO2) emissions in 2018, 11% of which resulted from manufacturing building materials such as steel, cement, and glass. Global energy consumption in buildings increased by around 7% between 2010 and 2018, driven by increases in floor space and population expansion, which have outpaced any energy efficiency gains that have been achieved over the same period. It is, therefore, understandable that policymakers have singled out the building and construction industry as key to meeting net-zero targets.

For example, the European Green Deal, a set of policy initiatives by the European Commission with the overarching aim of making Europe climate-neutral by 2050, has highlighted the renovation of both public and private buildings as a key initiative to drive energy efficiency in the sector and deliver on the policy’s stated objectives. Around 75% of the EU’s building stock is considered energy inefficient, yet almost 80% of today’s buildings will still be in use in 2050. The annual renovation rate of the EU’s building stock varies from 0.4% to 1.2% in Member States. This rate will need to be at least doubled to reach the EU’s energy efficiency and climate objectives. It’s not just about environmental concerns though, we are after all, talking about people’s homes, as well as schools and hospitals, so there is also the social aspect to consider. The European Commission estimates that more than 50 million households in the EU experience energy poverty as a result of energy inefficient buildings and appliances, high energy costs and low household incomes. This has negative implications for the physical well-being of the population, exposing people to respiratory and cardiac illnesses, as well as adversely affecting mental health, brought on by stress due to unaffordable energy bills. 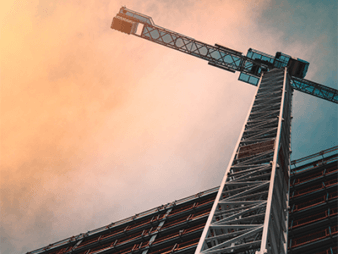 To address the twin challenge of energy efficiency and affordability, the EU is pushing its Member States to engage in a ‘renovation wave’ of public and private buildings. A recent draft plan is proposing up to a €350bn annual increase in building renovation spend, which compares to the €620bn currently spent on European construction renovation. Renovation lowers energy bills and can reduce energy poverty as well as giving a much-needed post-COVID boost to the construction sector, supporting small- and medium-sized businesses and local jobs. We also believe that there are several larger public companies that are set to be key beneficiaries of the European Green Deal.

One company that is certain to be a key partner for the EU in achieving its green objectives is Vonovia, Europe’s largest listed residential property company, which owns around 415,000 units in Germany, Austria, and Sweden. Vonovia already targets a modernisation rate of 4%-5% of its portfolio every year, above the German national target of 3% and well above the effective European rate of less than 1%. Key components of Vonovia’s modernisation program include new heating and electrical systems, insulation, and even the addition of balconies to improve the quality of life of tenants. With approximately 2/3 of the company’s portfolio yet to be modernised, we see a long runway of opportunity. The Green Deal also has the potential to broaden the scope of opportunities the company can invest in, with projects that were previously economically unviable, now possible. 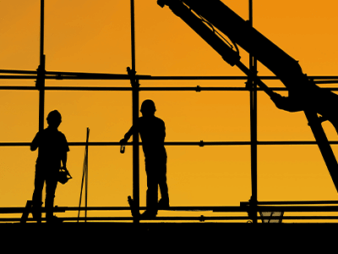 We believe other potential beneficiaries of the move to make buildings more efficient include manufacturers of insulation, including Kingspan, which is an Irish-based company that is the global leader in high performance insulation and building envelopes. Its premium insulation products offer customers significantly higher energy savings, a reduction in insulation thickness (which increases living space), and a significantly faster installation time versus competing products. The company also recycled 65% of its waste in 2019, including the upcycling of 385 million plastic bottles into raw materials for its insulation products. It also targets zero company waste to landfill sites by 2030, an admirable goal considering 30% of all global waste that goes into landfill comes from the construction industry.

Given that the European Commission estimates that 32% of energy consumption in buildings within the EU comes from electricity usage, we see companies that seek to provide solutions to reduce these costs as being particularly well-placed. Legrand is one such company. Based in France, it offers a range of products for measuring consumption and controlling the quality of energy. Its solutions offer up to 60% in energy savings, which include automation to enable the control and programming of lighting, heating, and other areas of electricity consumption within homes as well as in commercial and industrial buildings. One of Legrand’s key ambitions for 2030 is to derive 80% of sales from sustainable products which accounts for the material used in production, and packaging as well as the improvements in energy efficiency they provide.

In our view, the increased attention from policymakers, companies, and consumers, will mean that improving the energy efficiency of buildings will be a key driver in achieving the goal of a carbon-neutral planet.