You have heard of Bitcoin. The cryptocurrency—defined by Investopedia as “a digital or virtual currency that uses cryptography for security”[1]—made headlines around the world in December 2017 when the price of one unit passed US$11,500 for the first time, making billionaires of the infamous Winklevoss twins[2]. 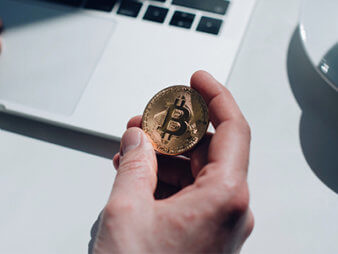 Bitcoin may be the market leader but it is certainly not the only cryptocurrency—other successful cryptocurrencies include Litecoin, Ethereum, Zcash, Dash, Ripple and Monero—and start-ups seek funds for new ventures on a regular basis. They do this through an ICO (Initial Coin Offering), a process that involves selling a percentage of the cryptocurrency to investors in exchange for traditional currency or another cryptocurrency such as Bitcoin. So far, so good. There’s nothing wrong with competition. The problem is, ICOs are unregulated.

“ICOs have been successful in quickly funding innovative start-ups that may otherwise have struggled to take off,” writes Nathan Gore and Fred Sculthorp for The Fintech Times[1]. “Their main advantage is that they are free from the confines of a financial establishment that could otherwise leave a start-up bound by red tape. It is, however, this very appeal of ICOs that makes them susceptible to fraud.”

“Modern Tech raised US$660 million from approximately 32,000 investors through ICOs for its Pincoin and iFan tokens. Then the team behind the ICOs went missing.”

Earlier this year, Vietnamese cryptocurrency company Modern Tech raised US$660 million from approximately 32,000 investors through ICOs for its Pincoin and iFan tokens. Then the team behind the ICOs went missing[4]. This so called “exit scam” is thought to be the biggest in history.

In April, Fast Company reported on Maksim Zaslavskiy, one of the first people to be charged with fraud in connection with an ICO[5]. US authorities claim Zaslavskiy scammed investors through two ICOs, ReCoin and DRC World. The report highlighted the fact that between 2014 and 2017, funding raised through ICOs increased from approximately US$26 million to more than US$6 billion, according to financial research company Autonomous.

“ICOs are not all bad, but investors should approach with caution.”

Preston Byrne, a blockchain pioneer, structured finance solicitor and Fellow of the Adam Smith Institute expressed his concern about the current buzz surrounding ICOs. “The language people are using to describe the products they’re selling, the level of expertise they’re bringing as compared to the complexity of the product they’re offering, there’s no logical match between the marketing and the tech,” he told Fast Company. “There are some crazy ideas, and right now–because everyone is making money–those ideas are treated with a degree of seriousness that three or four years ago would never have been possible.”

For Michael Marriott, Senior Strategy and Research Analyst for digital risk analyst Digital Shadows, ICOs are not all bad, but investors should approach with caution. “ICOs can be a great way for consumers to identify promising coins and platforms early on and profit from their rise,” he writes[6]. “However, potential investors should be wary of sites or sellers with unsolicited offers, or coins that guarantee high returns without solid justification.”

Unfortunately, Modern Tech and Maksim Zaslavskiy are not the only cautionary tales. In January, Bulgarian police raided the offices of the controversial cryptocurrency OneCoin in Sofia and seized its servers[7]. In July last year, Indian police arrested 23 people in connection with OneCoin, which they labelled a “clear Ponzi scheme”. The following month, the Italian Antitrust and Consumer Protection Authority (AGCM) labelled OneCoin a pyramid scheme and fined it EUR2.5 million. Other high-profile ICO scams reported by Cointelegraph include Bitconnect, Plexcoin and Centratech[8].

“In order to tackle the birth and continued existence of fraudulent ICOs strong, flexible legislation; a responsible coin exchange; and informed, savvy investors are all necessary,” write Nathan Gore and Fred Sculthorp for The Fintech Times[9].

“The US Securities and Exchange Commission (SEC), advised celebrities not to promote ICOs, warning that their actions might be in breach of US securities law.”

The prosecution of Maksim Zaslavskiy is not the only evidence that authorities are taking fraudulent ICOs seriously. In November 2017, Wall Street’s main regulator, the US Securities and Exchange Commission (SEC), advised celebrities not to promote ICOs, warning that their actions might be in breach of US securities law[10]. Then, in May, Bloomberg reported that Steve Peikin, co-head of the SEC’s enforcement division, had told members of Congress that ICOs were among the “greatest threats” to mom-and-pop investors, that the agency had “dozens of investigations that are ongoing” and that in response the SEC was running a fake ICO scam to “educate investors on the pitfalls of too-good-to-be-true ventures”[11].

The fake cryptocurrency, HoweyCoins, has its own website that claims the HoweyCoins platform is “one of the largest cryptocurrency platforms ever built” and that HoweyCoins are “officially registered with the US government”. The HoweyCoins team anticipates “over 1% daily returns”. There are even messages from “celebrity promoters”.  If you click on “Buy Coins Now!”, you are redirected to a page displaying this message: “If you responded to an investment offer like this you could have been scammed — HoweyCoins are completely fake!”

You have been warned.

Xennials: Are They the New Millennials?

The Potential Perils of Crowdfunding