“The British Government provided Carillion with roughly 40% of its turnover.”
Following Carillion’s recent, spectacular implosion, the on-going debate around the British government’s use of private sector companies to perform public sector works has reached fever pitch.

Carillion’s demise was on the cards from as long ago as 2016; their failed merger with Balfour Beatty waved a very public red flag, showing that not everything was working as it should. Their rapid growth through acquisition over a decade had sucked in valuable management time, and acquisitive integrations had taken more of a toll on the company than many predicted. Margins were tight, with 2016 showing a profit of £146m on sales of £4bn, just a 3.6% profit. This meant they were extremely vulnerable to failed projects and defaulting debtors. With debts of £1bn and a pension deficit of £600m, it was only a matter of time before a company that was on the cusp of being ‘too big to fail’ succumbed to market pressures and was put into liquidation.

“Acquisitive integrations had taken more of a toll on the company than many predicted.”
The problem became one of procurement and management; if Carillion collapsed, who would look after all these schools, hospitals and prisons, and what would happen in the hiatus between finding and procuring new suppliers? The British Government provided Carillion with roughly 40% of its turnover for managing over half of the UK prisons, as well as as many hundred schools and hospitals, and whilst one might assume that they were aware of the company’s shortcomings, they continued to award it contracts including a £450m HS2 one. Suspicious minds might assume they were simply trying to shore up a troubled company kicking the issues down the line. 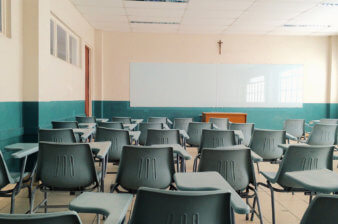 Carillion were one of a handful of firms that the British Government came to rely on heavily, and are part of the controversial Private Finance Initiatives (PFIs) that were introduced by the Conservatives in the early 1990s, and which became so beloved of New Labour from 1997 onwards. PFIs were built on private sector money financing public sector projects, with guaranteed payback (and profit) over a number of years (usually 25-30). PFIs built 100 hospitals, schools and roads, and all without the Government having to put their hands into the Treasury coffers. The problem with this is that there are currently 700 PFIs in place with a capital value of £60bn, but the burden of debt that will stretch over the next 25 years, will see the Government paying back around £199bn, at a current rate of £10.3bn a year. [1]
“Over the last two decades PFI capital spend averages £3bn a year.”
But how does that stand up against publicly funded projects? Over the last two decades PFI capital spend averages £3bn a year, against the £50bn per year that is spent by Government, so just 6% of capital projects. A mere drop in the infrastructure ocean. PFIs can also offer significant benefits; for example, more certainty over the cost of construction as the private firms seek to control contracted costs, while public projects do have a tendency to run over. They can also offer an improved long-term operational efficiency, as this will need to be built into the forward planning of the facility. Finally, higher quality assets that need to be well-maintained over the course of the contract, as private firms are better off building it to a high specification in the first instance to avoid on-going onerous maintenance costs. 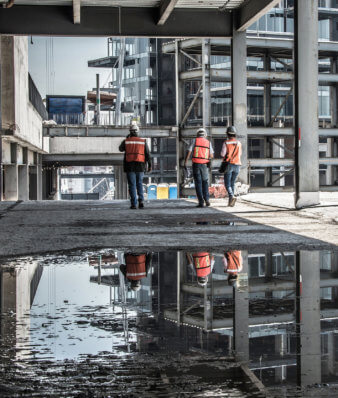 Over the years, the UK Government came to rely on just a few large firms (Capita, Serco, G4S etc) and they have all had their ups and downs, with some very public failings. From construction faults in Scottish schools that impacted thousands of schoolchildren[2] to G4S’s inability to provide security for the 2012 Olympics[3], from Virgin Care’s threatened lawsuit against the NHS after losing out on a contract[4] to delays in much-needed hospital construction[5] the private sector’s inability to deliver has occasionally led to widespread condemnation.

Now, post-Carillion, unsteadiness persists among the big firms. Capita, which provides services to both public (NHS, MoD) and private sector (Co-op, Three mobile) needs a total financial restructuring of debt; while Interserve, is having its finances closely monitored by the Cabinet Office.”

Serco, meanwhile—a public service provider which manages prisons, the Yarl’s Wood detention centre, and healthcare facilities, and which provides support services to the military—has been flagged as a “high-risk” client by an offshore firm [6], and Mitie, which is contracted by the government for social housing services, an immigration detention centre at Heathrow, and roof repairs at the Palace of Westminster, has issued a series of profit warnings and is in the midst of a restructuring plan.[7] It is worth noting, however, that some of the largest firms do have rosier outlooks, among them G4S, Kier, and Balfour Beatty. [8]

If all the risks and controversies surrounding PFI have suddenly crystallised into something singular and unignorable with the Carillion collapse, this moment still doesn’t spell its end. As former Audit Commission Director David Walker notes, “Whitehall departments, councils and other public bodies simply don’t have the capacity to take over the IT, facilities management and service commitments embedded in many PFIs.” [9] And they don’t have the cash, either. “Contracting out and public-private partnerships are still very much in the government’s thinking as ministers wrestle with another 10 years of tough spending reviews.”[10]

“There is a significant infrastructure need in the UK, and indeed globally.”
Though the government reduced its PFI use following the 2008 financial crisis, it rebranded and relaunched the model as “PF2” in December of 2012, without many significant changes to the financing structure of the contract. The UK Government is reassessing its own methods of paying for infrastructure projects, taking advantage of ultra-low interest rates to issue up to £100bn in infrastructure bonds. The long and short of it all is that there is a significant infrastructure need in the UK, and indeed globally, but tight-pursed governments can’t afford to do it themselves, which leaves infrastructure firms in prime position to capitalise on whichever funding scheme comes into play next.
This story is designed to throw an everyday lens on some of the issues being discussed and debated by investors across the world; it is not research, so please do not interpret it as a recommendation for your personal investments. However, if something has piqued your interest and you would like to find out more or discuss what investments might be suitable for you, please contact one of our Investment Managers on 020 7337 0777.

Will London be replaced?
Read More

What’s all the fuss about ‘autonomous vehicles’?
Read More
SHARE THIS ARTICLE