How China is Rebuilding the World

China is building power plants in Pakistan.[1] It is mapping out train lines in Eastern Europe,[2] buying up international ports,[3] and creating new railway networks in Sub-Saharan Africa.[4] All across the globe, thousands of major infrastructure projects are being spearheaded by China, comprising investments that add up to hundreds of billions of dollars. 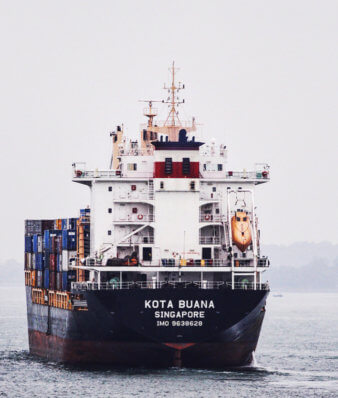 Last year, China formally introduced what is being called “the world’s biggest building project”: the colossal, and colossally ambitious, ‘One Belt, One Road’ initiative. Launched in 2013 but officially introduced at the Belt and Road Forum last May, which was attended by 29 heads of state and delegates from 130 countries, it has received an enormous amount of both praise and scrutiny since. “No other policy in the world has launched as many global debates, with both serious doubts and some enthusiasm seen from academics, policymakers, and entrepreneurs.”[5]

As its name suggests, One Belt, One Road (OBOR) has two arms to its ambitions. “[T]he Silk Road Economic Belt (One Belt) aspires to connect China with Central Asia, South East Asia, South Asia, Russia, and Europe by land,”[6] while the 21st Century Maritime Silk Road (One Road), “links China’s coastal regions with Southeast and South Asia, the South Pacific, the Middle East, and Eastern Africa.”[7] Both explicitly evoke the romance of ancient Silk Road trading routes, and also cleverly allude to the heights of Imperial China’s power and global influence. So far, upwards of 60 countries have expressed interest in participating in the initiative.

“The size of China-sponsored projects means this corresponds to 31% of the total global infrastructure project value.”

It’s hard to overstate the enormity of OBOR’s scale. “The massive infrastructure projects, along with hundreds of others across Asia, Africa and Europe, form the backbone of China’s ambitious economic and geopolitical agenda. President Xi Jinping of China is literally and figuratively forging ties, creating new markets for the country’s construction companies and exporting its model of state-led development in a quest to create deep economic connections and strong diplomatic relationships.”[8]

Or, to put it another way, “[T]he plan has the potential to massively overshadow the US’ post-war Marshall reconstruction plan, involving about 65% of the world’s population, one-third of its GDP and helping to move about a quarter of all its goods and services. Some describe Xi’s scheme as the biggest development push in history.”[9]

Now, “From Mongolia to Malaysia, Thailand to Turkmenistan and Indonesia to Iran, a slew of Chinese projects, including power plants, solar farms, motorways, bridges, ports and high-speed rail links, are set to be built with support from China’s banks and work force.”[10] Even in the UK, China is “financing more than a third of the $23.7 billion cost of the Hinkley Point C nuclear power plant, on the Somerset coast […] The project, in a major western economy, was added to the Belt and Road plan to give added prestige.”[11]

Beyond the stricter limits of OBOR, China is additionally involved in an enormous number of other international projects. “Projects around the world with Chinese contractor involvement make up 16% of the global total by project number, but the size of China-sponsored projects means this corresponds to 31% of the total global infrastructure project value, which is $17.1 trillion as of 2017.”[12] 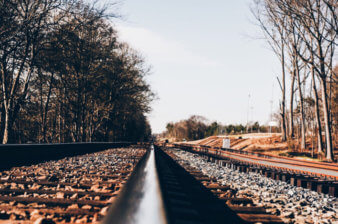 But it isn’t just the rest of the world that China is overhauling. Indeed, “another key feature of OBOR often ignored by pundits is the supremacy of domestic interests. This initiative is designed mostly to consume China’s excessive industrial capacity, to secure its long-term energy supply,” and to secure its borders.[13]

From skyscrapers and airports to concert halls and bridges, China has also invested billions of dollars into massive infrastructure projects at home, in an effort to reshape its cities as well as the movements of large swaths of its population. “Over the next 10 years, the country plans to move 250 million people — the equivalent of Indonesia’s entire population — into the country’s rapidly-growing megacities.”[14]

“There are certain countries, like Kyrgyzstan and Tajikistan, where it is literally keeping the lights on.”

For some, One Belt, One Road promises new beginnings and hope. “Beijing is aware that most participating countries are in fragile economies with poor infrastructure and an unskilled labour force.”[15] According to expert and author Tom Miller, “many governments in central and south-east Asia were genuine cheerleaders. “There are certain countries, like Kyrgyzstan and Tajikistan, where it is literally keeping the lights on,” he said, pointing to massive Chinese power transmission projects in those nations.”[16]

But news of the initiative has also been met with great scepticism in the West. “[Its] rising influence is spooking many in Europe. With Chinese investment skyrocketing, European leaders are growing increasingly leery that Chinese President Xi Jinping is turning China’s economic heft into political pull. Since [Chinese-owned shipping group] Cosco dropped $1 billion into buying and upgrading the once-sleepy Greek port of Piraeus, for example, Beijing has been able to count on Greek assistance to scupper European Union condemnations of China’s behavior on issues including human rights and the South China Sea.”[17]

Rival Asian powers, including India, also see the potential for security threats in China’s increasingly powerful role in global infrastructure. “Others […] feared that by becoming indebted to Beijing they would become “economic vassals”. Some countries, such as India, suspect the project is simply a smokescreen China is using to seize strategic control of the Indian Ocean. India’s prime minister, Narendra Modi, has accused Beijing of trying to “undermine the sovereignty of other nations.”[18] 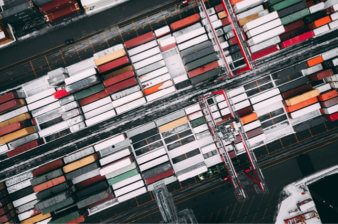 Regardless of criticisms, OBOR looks poised to march on unabated; if successful, it will almost certainly have a remarkable effect on China’s global standing. “Backed by Xi’s personal prestige, heft on this scale has turned OBOR into a kind of organizing motif for China’s politics and economy. The clear hope is that it will cement the country’s place as a leading, and, perhaps someday soon, the preeminent center of gravity in the world.”[19] If Donald Trump famously vowed to “Make America Great Again”, then Xi is actually making good on his promise to remake China—and remake much of the world in its image.

Is Digital Shaping the way we Travel?

And is there still room for the human touch?
READ MORE
SHARE THIS ARTICLE