The Republic of Estonia, a former Soviet Republic, gained its independence in 1991, adopted a market economy, joined the United Nations and turned its back on Russia to face the West. The Northern European country of 1.3 million citizens—which joined the European Union and NATO in 2004—hasn’t looked back. The “Baltic Tiger” roared loudest between 2004 and 2008, experiencing average real GDP growth of 7% per year, making it one of the European Union’s three fastest growing economies in terms of real GDP [1] The Financial Crisis of 2007-2008 took its toll, but Estonia achieved 4.9% real GDP growth in 2017 [2] 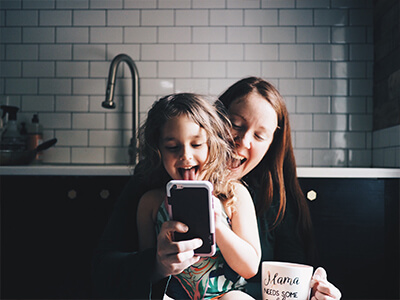 In 2000, Estonia became the first country in the world to declare Internet access a human right. Wired has called it “the most advanced digital society in the world”[3]. For Bryan Lufkin, writing for the BBC [4], the “digital society” could be “one of the biggest ideas of the 21st century”.

The New Yorker journalist Nathan Heller describes e-Estonia as “the most ambitious project in technological statecraft today” [5], and “a coordinated government effort to transform the country from a state into a digital society”.

Some have questioned the security of such a system of governance. In today’s febrile global political climate, where cyber war is as great a fear as nuclear war was in the latter part of the last century, surely this digital utopia is open to attack? In 2014, ahead of elections for the European Parliament, a team of independent international experts identified serious risks in the security of Estonia’s i-Voting system and recommended its immediate withdrawal.
[8].

But Estonia believes it has ample security in place. e-Estonia’s open-source data platform, X-Road, has no centralised database. Instead, information is held on individual servers linked through end-to-end encrypted pathways. Estonia has developed Blockchain technology that is used to protect its system from cyber attack. It has also been adopted by NATO, the US Department of Defence and the European Union, which speaks to its presumed effectiveness.

Unsurprisingly, the concept of a digital society appeals to tech entrepreneurs. Skype, founded in Tallinn in 2003, is just one of many successful tech start-ups that have originated in Estonia. For Rory Cellan-Jones, the BBC’s technology correspondent, “the legacy of Skype combined with the energy and engineering skills of young Estonians has made this into a start-up nation to rival any in Europe”[9].

According to the International Tax Competitiveness Index 2017, Estonia had the most competitive tax code in the OECD for the fourth year in a row. It also benefits from light touch regulation, especially for tech research.