In 2015, 65 million people tuned into TV sets and computer screens around the world to watch the biggest event in show business. The Academy Awards, which was hosted by Neil Patrick Harris, ate up column inches for weeks before and after the event aired. Bookmakers took bets; entertainment reporters speculated. But all that was no surprise: it was the Oscars, after all.

Barely 18 months later, almost as many people tuned in to watch a very different event and one that generated little fanfare in the mainstream press. It was the League of Legends World Championship final, the biggest event in the world of video games. An estimated 60 million people watched[1]teams of professional eSports players compete for $1 million in prize money. The activity that so many Millennials remember being told would rot the mind, encourage idleness or simply lead to nothing useful in future, was announcing itself to the world in such a way that it could no longer be ignored. 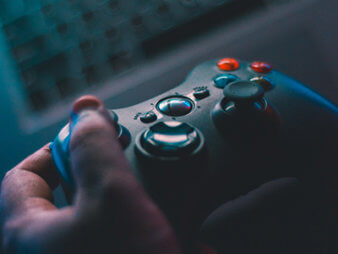 But eSports has a longer history than you might think. The first event took place in 1972[2], when Stamford University offered students the chance to compete at Spacewar and potentially win a year-long subscription to Rolling Stone magazine[3]. In 1980, the first real video game competition was held: the Space Invaders Championship drew 10,000 participants[4] and received considerable media attention at the time. And it was a similar story throughout the 1980s and 1990s, with new companies emerging, records being broken and interest in video games increasing. The wider media, however, were slow to keep up.

But as with so much else, the Internet changed everything. For the first time, competitive gaming online became an option; PC games exploded in popularity, and companies including Nintendo and Blockbuster, sensing money to be made, started to sponsor tournaments. Nevertheless, it was an offline game that went down in eSports history. Red Annihilation, a Quake tournament, took place in May 1997[5]. Dennis Fong, competing under the username “Thresh”, took home the prize: it was a red Ferrari owned by the game’s co-creator.

“In 2017 it was reported that “about half of the UK population” plays video games.”

From that point that the industry began to grow rapidly. Competitive leagues were developed; international tournaments were created. Prize money went up and up, drawing more – and better – players, and soon millions were paying to watch eSports at the highest level. All this was helped along by the forcing of video games into mainstream culture. The games themselves become more complex. Starcraft and its successor titles made gamers think more strategically and rely less on quick reflexes, while gamers talking while they played became some of YouTube’s biggest earners[6] Even television characters such as Joaquin Phoenix’s character in Spike Jonze’s Her, plays video games in his near-future Los Angeles apartment to relax. In 2017 in was reported that “about half of the UK population” plays video games.

Today, eSports is big business indeed. The video game industry is now bigger than Hollywood[7], eSports degrees are now offered at universities, and sports clubs including Paris Saint-Germain are investing in the development of competitive eSports teams[8]. Goldman Sachs predicted in 2017 that the market will grow at 22% year-on-year[9]. The increasing speed and reliability of the Internet, the rapid development of games and supporting technology, combined with the “mainstreaming” of games suggests a future in which eSports is one of the most popular sports around.

With the possible usage of video games to help youngsters engage with issues such as climate change, and the development of apps designed to help the user learn foreign languages, keep their brain young, solve problems or develop focus; video games are also showing their worth in other areas, prompting a general reconsideration of the stereotypes and preconceptions surrounding gaming. And then there’s virtual reality, the implications of which are mind-boggling. eSports and some more “physical” sports could theoretically merge to a degree, so that gamers could play football against the likes of Lionel Messi and Cristiano Ronaldo from their bedrooms. 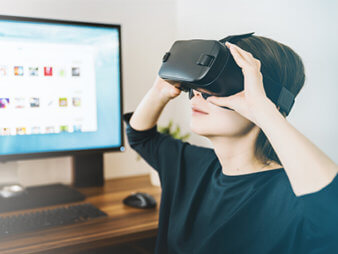 Video games, then, aren’t going away. The opposite, in fact: they’re embedding themselves more deeply into our culture and proving again and again in doing so why they’re here to stay. Will we one day see an eSports champion scoop Sports Personality of the Year? Will a prime-time television slot be given over to a highly competitive game of FIFA or Madden or Call of Duty? In a world moving as quickly as ours, perhaps it is too early to make predictions. But all the evidence is pointing towards it…

“Success in creating effective AI could be the biggest event in the history of our civilization. Or the worst. We just don’t know”. Stephen Hawking.
READ MORE
SHARE THIS ARTICLE