Did Spotify Break the Music Industry?

Spotify is never far from the news, whether it’s Taylor Swift withdrawing her catalogues or spats with prominent artists such as Radiohead frontman Thom Yorke, Talking Heads frontman David Byrne or veteran singer-songwriter David Crosby. Often accused of ‘breaking the music industry’, Spotify is painted as the devil that democratised music for a mere monthly pittance, stripping the industry’s creative genii of the revenues they might previously have enjoyed from CD sales. But as everyone knows, the world has changed. 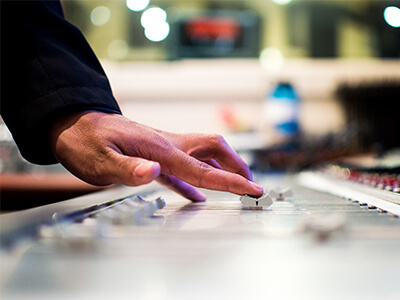 In 1999 Global music sales were US$14.6 billion. In 2009 sales were less than half that at US$6.3 billion. In just 10 years, the once mighty music industry, ravaged by illegal downloading from the likes of Sean Parker’s peer-to-peer file sharing site Napster and LimeWire, was on its knees.

In 2015, the IFPI (the International Federation of the Phonographic Industry) reported the music industry had finally surpassed its pre-Millennium high by achieving revenues of US$15 billion [1]. It was a small rise, but the industry had emerged from the doldrums; it was the first increase in revenue for nearly two decades. Then again in 2016, the IFPI reported the industry’s second consecutive year of growth, with revenues of US$15.7 billion [2].
“Streaming music services like Spotify now account for nearly two-thirds of the industry’s revenue.”
So should we be asking instead, who saved the music industry? For many, it was Spotify, the subscription music streaming service founded by two Swedish entrepreneurs—tech whiz kid Daniel Ek and Martin Lorentzon—and launched in Europe in 2008 and the US in 2011. “Once maligned by musicians and record labels, Spotify has helped turn around the brutal collapse of the music industry that started in the early 2000s and has only recently begun to reverse,” writes Claire Atkinson for NBC News [3] “Streaming music services like Spotify now account for nearly two-thirds of the industry’s revenue and almost all of its growth, according to Recording Industry Association of America”.
“In 2017, Spotify accounted for 36% of subscribers to music streaming services worldwide.”
Spotify reported it had paid US$5 billion to the music industry in 2016 [4], a third of all music industry revenues. According to Spotify’s IPO in April this year—where it gained a market valuation of more than US$26 billion [5]—it had paid US$10 billion in royalties to artists, labels and publishers [6].

Nevertheless, some artists and commentators argue the rise of Spotify has been positive for artists. Brooklyn-based singer-songwriter Vérité, writing for Forbes.com, recounts how losing a record deal with a major label forced her to look at her career from a fresh perspective [11]. “Post-revelation, my entire mentality shifted, and the idea of being an artist morphed into being a creative entrepreneur,” she writes. 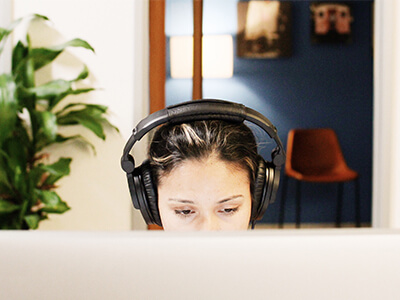 The artist goes on to explain how she disregarded the first 20 million streams on Spotify because she had heard it didn’t pay. But then she received her first royalty cheque. “Streaming began to be and remains, by far, my largest source of income, contrary to what is popularly said,” she wrote. “Streaming revenue has allowed me to take a breath, strategically reinvest to elevate every area of my project, and confidently move forward knowing I have a channel of distribution that has provided me with a wealth of consistent, engaged listeners I get to convert into real fans.”

Industry commentator Denis Simms, writing for Music Business Worldwide [12], highlights a raft of ways in which streaming services like Spotify have changed artists’ lot for the better. Simms argues that streaming revenues have resulted in “a renaissance of once dormant music rights, suddenly infused with the value provided by the virtues of being a gradual and predictable (down to exact payment dates!) revenue stream”.
“We will see the balance of power continue to shift away from being firmly in labels’ hands.”
“With music rights becoming a more secure and profitable bet, both traditional and new investors have become less risk averse and more confident,” he writes.

He gives the example of finance startup Sound Royalties, which in 2017 pledged to invest US$100m in artists and songwriters over the following two years without asking for rights ownership. Sound Royalties advances artists cash against future royalty earnings, which is paid back through a percentage of royalty income. Artists can use the funds to finance new creative projects.

Paul Resnikoff, writing for Digital Music News [13], thinks that he has found another answer – Spotify should start its own label. He argues that Spotify, the company that saved the major labels, could quickly become the biggest label in the world.
This story is designed to throw an everyday lens on some of the issues being discussed and debated by investors across the world; it is not research, so please do not interpret it as a recommendation for your personal investments. However, if something has piqued your interest and you would like to find out more, please contact one of our Investment Managers on 020 7337 0777.

How Great Businesses Inspire Their Teams