Serial entrepreneur, global revolutionary or narcissistic charlatan? Elon Musk is nothing if not inventive, inspirational and occasionally, polarising. Nevertheless, if there’s one man who is materially trying to change the world, it is Elon Musk. His portfolio of companies, which includes everything from electric cars and storage batteries to space logistics and a new form of high-speed train, are breaking the mould in Boy’s Own sci-fi fashion. In many ways, he’s the boy who never grew up, who is now attempting to turn dreams into reality. But if just one of his businesses hits the mainstream, the potential impact is game-changing.
Elon Musk is a natural-born entrepreneur. His first company, Zip2 – a Yellow Pages-style online city directory – was snapped up by Compaq for a staggering $341 million in 1999 (netting Musk $22m), and the far more famous and long-lasting Paypal, sold to eBay in 2002 for $1.5 billion (of which Musk controlled 11%)[1].
Tesla, founded soon after his Paypal exit in 2003, has become the front-runner in electric cars, and earlier this year overtook General Motors to become the world’s most valuable automotive company. This is despite only delivering 80,000 vehicles in 2016, compared with GM’s 10 million vehicles. How is this possible? The company has created a product that is primarily seen as luxurious, desirable and affordable (rather like Apple), while also being environmentally sensitive. What’s not to like about affordable eco-luxury?
“They are so far ahead of the curve when it comes to electric vehicles (EVs) and self-driving cars.”
Whose box doesn’t that tick? But it’s the future of Tesla that is really exciting investors. They are so far ahead of the curve when it comes to electric vehicles (EVs) and self-driving cars. Their latest update allows owners to summon their cars by pressing a button on the Tesla app, but that’s just the precursor to a world of driverless taxis that only regulators seem to be holding back. Musk is positioning Tesla to be GM, Uber and Apple all rolled into one potentially trillion-dollar company.

But Tesla is more than just shiny, environmentally-friendly cars. Musk is a consummate multi-skiller and Tesla has used what it’s learned about cars to develop battery storage for both commercial and domestic use, charging when electricity is cheap at night or the sun is shining and storing it up to be used when it’s needed. The latest add-on is elegantly designed solar roof tiles that look like slates and can cover rooftops without ruining the aesthetic. The resulting energy is then, of course, stored in Tesla batteries. The impact of this kind of development is not to be underestimated; as successive governments become greener and greener, the idea that every new house built should be equipped with this or similar technology, which marries sustainability with heritage and planning requirements, is not a great leap of the imagination.

Almost in tandem with Tesla, Musk unveiled SpaceX at the International Astronautical Congress at the end of September, whose mission statement is:
“SPACEX DESIGNS, MANUFACTURES AND LAUNCHES ADVANCED ROCKETS AND SPACECRAFT. THE COMPANY WAS FOUNDED IN 2002 TO REVOLUTIONIZE SPACE TECHNOLOGY, WITH THE ULTIMATE GOAL OF ENABLING PEOPLE TO LIVE ON OTHER PLANETS.” 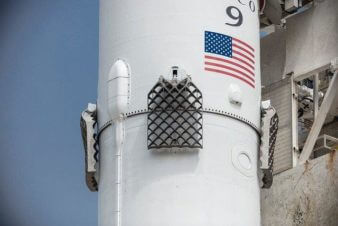 SpaceX has been busy breaking boundaries since before that weekend though. In 2010, it became the first private company to send a payload into space, and then return. In 2015, they managed a planned landing and recovery of the rockets. Later this year they are due to send a manned flight to the International Space Station, and in 2018 they are going to send two ‘space tourists’ around the moon and back. But the key to SpaceX is its ability to design, build and launch rockets at a third of the cost of government agencies, such as NASA. This is huge, both in the relative democratisation of space, but also in the margins that are achievable.

Ultimately, Mars is Musk’s dream. If Mars is too far from home, Hyperloop One is every bit as futuristic and far cheaper. Hyperloop wants to “…move people and things at airline speeds for the price of a bus ticket.” Part-train, part-vacuum tube, the Hyperloop vision for the UK would see a journey from London to Edinburgh (via Birmingham and Manchester) take just 50 minutes. The already planned HS2 will see time from London to Birmingham cut from 81 minutes to 49 minutes, but Hyperloop would see that cut again to just 14 minutes. A test track is being built in Nevada at the moment, and it is hoped that a system will be operational in Dubai by 2020, which will see travel time between Dubai and Abu Dhabi cut to a measly 12 minutes.
“Then there’s the Boring Company, […] which is anything but.”

Then there’s the Boring Company, launched in 2017, which is anything but. Musk is pouring money into tunnelling research and development to help speed up the digging process and reduce costs. His vision is to reduce street-level gridlock by creating hundreds of miles of multi-layered tunnels beneath a city and then transporting cars on electric skates, and a Hyperloop, of course, at super-high speeds (125 mph) from A to B.

Finally, completing Musk’s Blade Runner-esque vision of the future is Neuralink, a fledgling business conceived in 2016 that is the first step towards merging the brain with computers, where we tell our machines and devices what they need to do with a mere thought. At the outset, Neuralink will be focused on those with chronic conditions that can effect communication, but eventually could lead to us all chatting through what Musk dubs, “consensual telepathy”.
Near-space, outer-space, underground, over-ground, artificial intelligence, electric cars, batteries, solar tiles, telepathy – there doesn’t seem to be a futuristic arena that Musk isn’t tackling. As he’s already shown with Tesla and its valuation, he isn’t simply a flash in the pan and he has become eminently investable in; the Tesla share price has seen a 1,000% increase over the last five years[2]. He’s someone with a strong vision of where the world is heading, and he isn’t afraid to dream big and disrupt the most disparate of sectors. So, will he change the world? He already is, but let’s wait and see where he takes us. Elon Musk is one of the reasons we have picked digital disruption as a trend to monitor and a sector that is ripe for investment.
[1] Forbes
[2] Business Insider
This article is designed to throw an everyday lens on some of the issues being discussed and debated by investors across the world; it is not research, so please do not interpret it as a recommendation for your personal investments. If something has piqued your interest and you would like to find out more or discuss what investments might be suitable for you, please contact one of our Investment Managers on 020 7337 0777.

Is Digital Shaping The Way We Travel?

“Are bicycles a particular problem for autonomous vehicles?”
Read More
SHARE THIS ARTICLE