Are we Underestimating Messaging Apps?

“I doubt I would be here if it weren’t for social media, to be honest with you,” US President Donald Trump told Fox Business Network’s Maria Bartiromo last year[1]. Whether that is a negative or a positive for social media depends on your political position, but it certainly demonstrates its immense power. Those of us who keep a close watch on the world of technology have rightly focused on the rise (and rise) of Facebook, Instagram, Snapchat, President Trump’s weapon of choice, Twitter, and Chinese platforms Qzone, Renren and Weibo. But while our backs have been turned, a new breed of combatant has entered the struggle to win user’s—i.e. potential consumers’—hearts. Messaging apps.

Six out of the ten most used apps on iTunes and Google Play are messaging apps[2]  and the top four messaging apps boast more than four billion active monthly users. WhatsApp has 1.5 billion, Messenger has 1.3 million, WeChat has 1 billion and QQ has 806 million[3]. “This large and engaged consumer base is a prime market for businesses and publishers to target, particularly as social media networks like Facebook become more difficult to leverage,” stated Business Insider Intelligence’s latest report on the messenger apps market[4]. 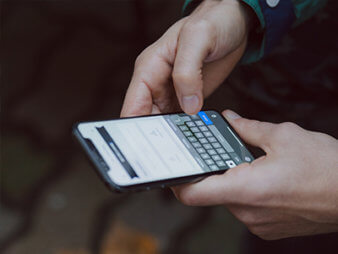 Last year, eMarketer published a report on messaging app usage worldwide that predicted 76.3% of smartphone users would use a messaging app in 2017. “This will be another year of double-digit growth in the number of mobile messaging app users,” it stated. “By the end of 2017, 1.82 billion people worldwide will regularly use such apps, an annual increase of 15.5%.”[5] Users are also spending more time on messaging apps. US adults spent on average 10 minutes per day in a messaging app, a figure that is set to rise to 11 minutes this year and 12 minutes in 2019[6]. The top four messaging apps are owned by two of the tech world’s biggest players: Facebook and Tencent. With WhatsApp, which it acquired for US$19 billion in 2014, and Messenger, Facebook is the global market leader. But with a combined 1.8 billion active monthly users, Tencent, China’s most valuable listed company[7], is not far behind.

“With WhatsApp, which it acquired for US$19 billion in 2014, and Messenger, Facebook is the global market leader.”

Facebook and Tencent are both veterans of the battle for social media supremacy, so it’s no surprise they are ahead of the game when it comes to messaging apps. The first step on the road to success, as both companies grasped long ago (in tech terms), is realising messaging apps are not just about messaging.

When it comes to interacting with friends and colleagues, WhatsApp, which has all but wiped out SMS, is well ahead of the competition. But despite the launch of WhatsApp Business, an Android app aimed at small businesses[8], earlier this year, it is primarily focused on its raison d’être—mobile chat.

Messenger, on the other hand, has evolved into much more than a tool for sending private messages to your Facebook friends. In 2014, Facebook created the Messenger mobile app, separating it from its main mobile app, and appointed former PayPal CEO David Marcus Vice President of Messaging Products, a sign that something big was in the offing. 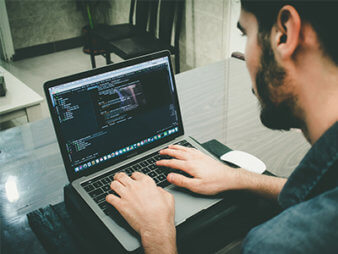 In March 2015, Facebook CEO Mark Zuckerberg unveiled the Messenger Platform, which enables third-party developers to build apps for Messenger, and Businesses on Messenger, a feature allowing businesses to create and share content within the app and users to communicate with businesses. “Helping people communicate more naturally with businesses is going to improve almost every person’s life,” said Zuckerberg[9].

In 2016, Facebook announced it would allow businesses to build bots on the Messenger Platform to provide automated customer interaction[10]—­and Messenger’s capabilities continue to evolve. Recent developments include a Messenger chat plug-in for businesses’ websites[11]; Discover, a tab allowing users to discover new chatbots[12]; the introduction of AR; and M Translations, a tool to translate messages into users’ default languages[13].

Earlier this year, Apple, the world’s biggest tech company, launched Business Chat, a new feature for iMessage that allows users to interact with businesses—a sure sign that messaging apps are growing in importance.

Facebook’s transformation of Messenger is impressive, but commentators have been even more wowed by the success of Tencent’s WeChat.

“It has become integral to the daily life of many in China, especially in the cities,” according to BBC reporter Simon Atkinson[14].

For tech analyst Ben Thompson, “There is nothing in any other country that is comparable, particularly the Facebook properties (Facebook, Messenger, and WhatsApp) to which WeChat is commonly compared. All of those are about communication or wasting time: WeChat is that, but it is also for reading news, for hailing taxis, for paying for lunch (try and pay with cash for lunch, and you’ll look like a luddite), for accessing government resources, for business. For all intents and purposes WeChat is your phone, and to a far greater extent in China than anywhere else, your phone is everything.”[15]

Back in 2015 Facebook’s David Marcus declared, “The messaging era is definitely now.” [16]. He was right.

How 5G Will Revolutionise Our Lives